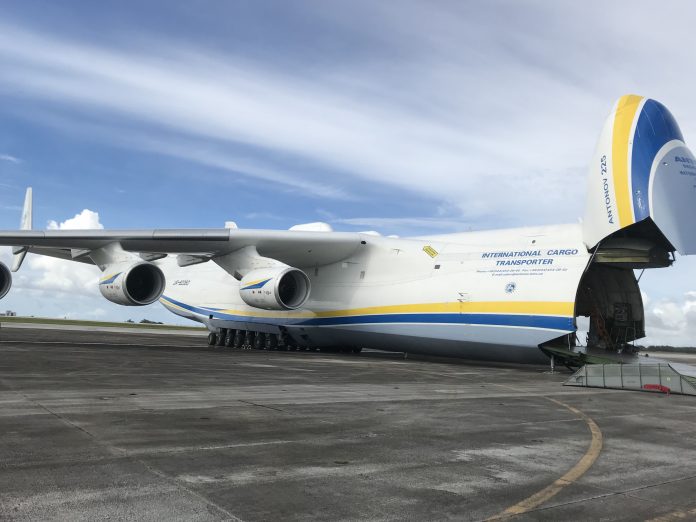 Guam – In anticipation of widespread damage and rations being needed because of an approaching typhoon, FEMA chartered the largest airplane in the world out to Guam.

It’s called the Antonov 225, a Russian jetliner flown to Guam by a Ukrainian crew, apparently bypassing the Jones Act to get here in time for the emergency.

Island media was invited for a rare close-up look at this humongous plane. While on site, a local airport crew was assisting the Ukrainian crew offloading supplies like food and water.

The plane was contracted specifically for this event to bring emergency food and water for the island. But because the island was spared from what was originally expected to be a supertyphoon to pass directly over Guam, and, as Gervino notes, the resiliency of the island people, it appears the supplies will no longer be needed.

Instead, Gervino says the food and water rations will be stored on Guam for future use.

For our brothers and sisters in the CNMI, Gervino says the CNMI governor requested that enough food and water for 2,000 people be delivered to the Northern Mariana Islands.