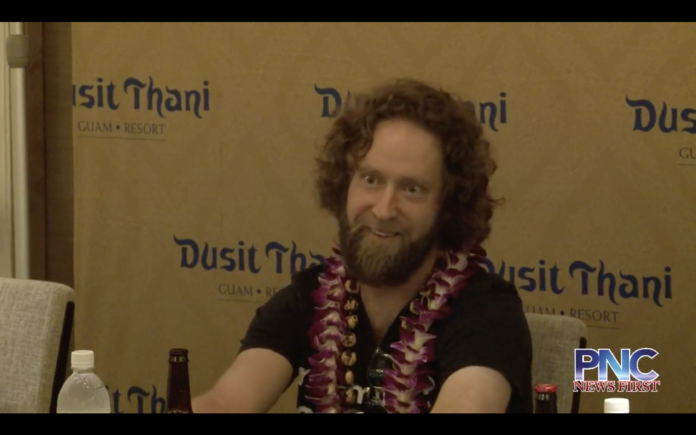 Guam – Get ready to “Laugh out Loud” this Saturday, with season four winner of Last Comic Standing Josh Blue.

According to his website, JoshBlue.dot com, he is “Perhaps best known as the comedian who puts the cerebral in Cerebral Palsy, He centers much of his self-deprecating act around his disability. He continues to break down stereotypes of people with disabilities one laugh at a time. His stand-up routine is in a constant state of evolution and his off-the-cuff improvisational skills guarantee that no two shows are exactly alike.”

And guess what GUAM he is here to knock your socks off but for only one night!

“I am so honored to be here, its an amazing chance its just so cool to be here I mean these guys alittle scared to see what they have to say tomorrow and as far as the cerebral palsy it really could have held me back but I think it just pushed me forward. It made me want to show the world that just because I am physically disabled doens’t mean I don’t have something to say,” shared Blue.

At the press conference this morning he had the media rolling in laughs and even had a few tips to share with aspiring comedians, “Yeah don’t bother, i got this…nah man you know the truth is about stand up as much as you can go to the shows and watch, go and watch. I learned a lot more from comics I don’t like because I don’t want to be that.”

Don’t miss out on your chance to watch Josh blue in action this Saturday at the Dusit Thani Hotel. Tickets are available at 76 Circle K. Doors open at 5 p.m. show starts at 7 pm.