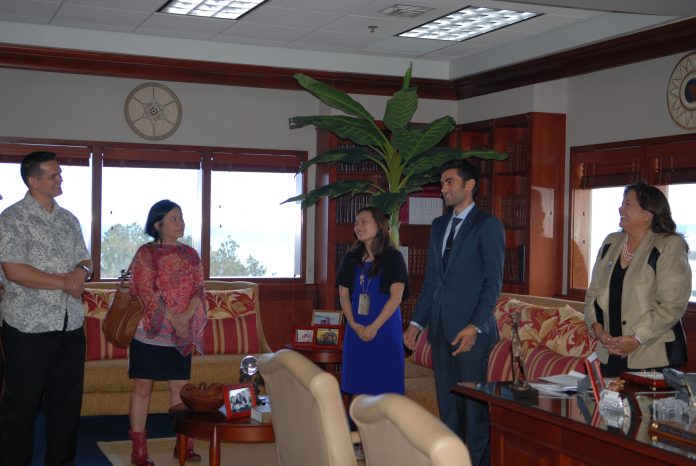 Guam –  The District Court of Guam launched its celebration of Law Week 2014 a bit early by hosting the members of the 32nd Guam Legislature at the U.S.
Courthouse on Monday, April 21, 2014.

Chief Judge Frances Tydingco-Gatewood and U.S. Magistrate Judge Joaquin V.E. Manibusan, Jr. introduced the court’s management team during a short
merienda.  The lawmakers were then treated to a complete tour of the court’s facilities, including the U.S. Probation and Pretrial Services Office.  After meeting U.S. Marshal Frank Leon Guerrero and the staff of the U.S. Marshals Service, the group continued on to the Magistrate courtroom where they were presented with an overview of the work of the court, including case statistics.

Chief Judge Frances Tydingo-Gatewood commented, “It was great to be able to discuss the work of the court with the senators, as well as issues of common concern for the island that we all serve.  I don’t think we’ve ever done anything like this before, but I hope we can do it again in the future.” 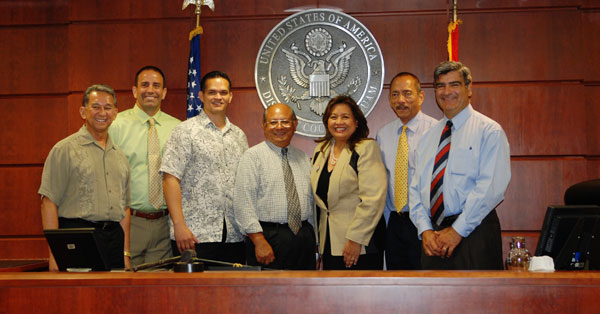