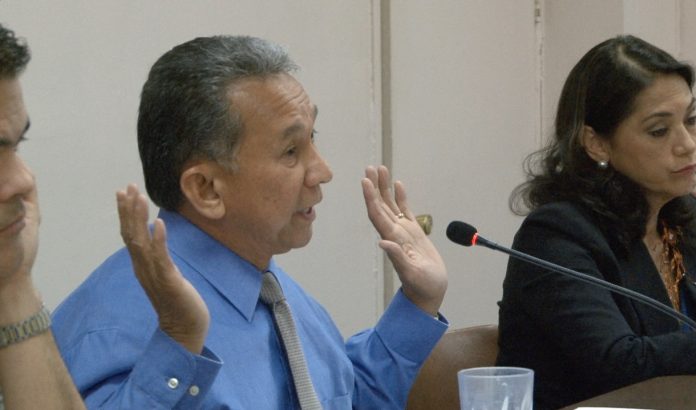 Guam –  Meanwhile, things got heated at a confirmation hearing for port authority board chairman Francis Santos. When asked about how the port was going to move forward with a $14 million judgment by an arbitration panel, Santos said he plans on going to the legislature which did not bode well with some senators.

After testimony ended for and against Francis Santos being reappointed to the board of directors for the Port Authority, the senators on the committee transportation began to drill him on how he, as chairperson, will deal with the looming $14 million the port was ordered to pay by an arbitration panel.

“Of course, when we have to pay that 14 million, we have to go to the legislature and the PUC will be involved in this payment, so i was talking already with out finance person to get ready and start preparing, just in case that thing will come up,” said Santos.

Earlier this year, the port authority was ordered to pay 14 million dollars to Guam YTK, a company owned, in part, by members of Governor Eddie Calvo’s family. The port terminated Guam YTK’s 45-year lease in 2008 for what the Port said was failure to make good on its lease payments. Senator Rory Respicio wondered why the taxpayers would have to pay for the 14 million dollar judgment to Guam YTK.

“But when you said you have to come to the legislature to prepare, what kind of legislative remedy are you talking about?” asked Respicio.

Santos replied, “Maybe we can ask [for] help [or a] solution. We are going to borrow 14 million to pay that,” said Santos.

“But isn’t the Port Authority autonomous? Don’t they generate their own revenue and in that sense, we cannot use money for the Port generated by general fund requirements. And when the port is short, the taxpayers are going to have to figure this out?” asked Respicio.

Senator Mary Torres questioned Santos’ statements to local media that he and the port authority board were not receiving day-to-day updates of the arbitration proceedings from the YTK case from management. She points out that by Guam law the board should have been kept abreast of the YTK case.

“So in other words, the general operation of the port in beholden by the port board,” said Torres. “It almost suggests, in reading that, that as board chairman, your duties and powers are not exercised in accordance with Guam law can you comment on that?”

Santos replied that the port authority board is a policy making board and the day-to-day decisions and operations are up to the management of the port.