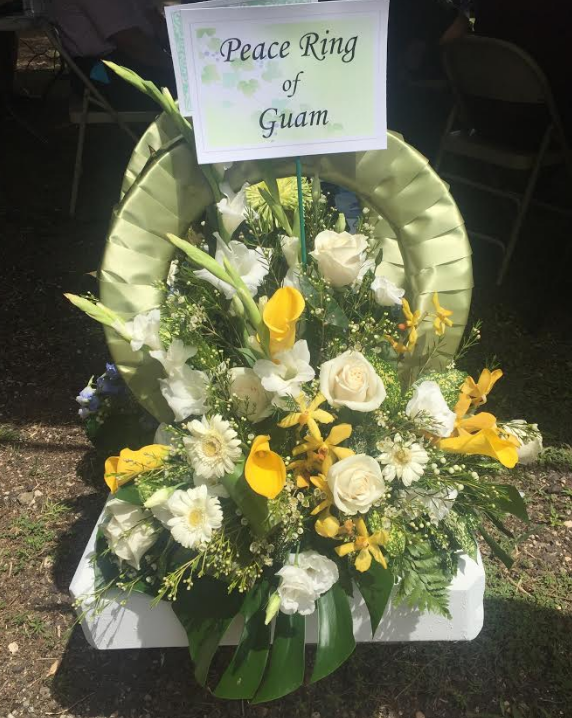 Upon liberating the island from Japanese occupation, the military regiment stumbled upon a gruesome scene.

Guam – Lawmakers, mayors, and military leaders gathered today to commemorate the Chamorro men of the Chaguian Massacre also known as the “Forgotten 45”.

About 73 years ago during the Great Battle for Guam, the military regiment stumbled upon a gruesome scene.

“The importance of this [day] is that there were 45 men that were massacred. They came from the Mannengon concentration camp,” said Yigo Mayor Rudy Matanane.

Those 45 Chamorro men were found beheaded with their hands tied behind their back.

Today, lawmakers and local leaders alike remembered the “Forgotten 45” who were found that fateful day during a memorial mass and ceremony.

“I think that’s why it’s very important, you know, so we can honor the people that took the ultimate sacrifice not knowing that that’s what they’re going to face…When I started about five years ago, there was a banner that says the “Forgotten Massacre”, but now, we changed it after four years to remembering the victims,” Mayor Matanane said.

Though the victims may be buried in Yigo, some have been identified residents from at least five other villages.

“I’m still appealing to the mayors that have their residence that are here to come support the mass and memorial on August 8th here in Yigo. It’s very important. And to all the kids that don’t know this, they can always call the office at 653-9119,” he said.