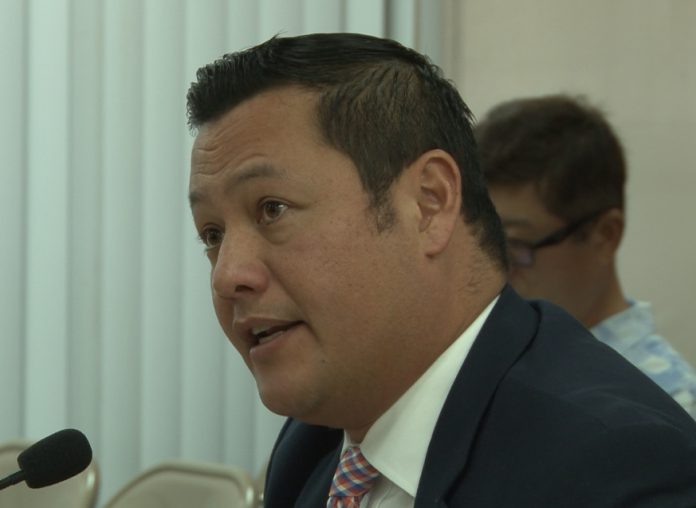 Senator Dennis Rodriguez is still accepting written testimonies. You can send it via email to senatordrodriguez@gmail.com or hand deliver to the Legislature’s mailroom.

Guam – The Guam Legislature held the confirmation hearing on the appointment of Jay Rojas as the administrator of the Guam Economic Development Authority this morning.

Senators asked Rojas, the former Director of the Governor’s Office in DC, about his vision for the Chamorro Land Trust Commission, how he plans to promote the island as an investment opportunity, and other projects GEDA is spearheading. Among the questions was Senator Tommy Morrison asking what Rojas’ plans are for development in Southern Guam.

Rojas says, “There’s no way that we’re going to want to destroy the natural resources that we have because that’s the largest economic drive that the island has to offer. We’ll definitely take a look at public law 19-34. I’m not really familiar with it at this point, but we will look at what opportunities do lie in the Southern regions.”

During the hearing, Senator Mike San Nicolas asked Rojas about the increased debt capacity as a result of the property evaluations. Rojas explains, “The net value of whats remaining for borrowing is in the area of $370-million. Of that, there’s actually $246-million that has been appropriated for us to do the bonding. I don’t foresee us going out to ask the administration or the Legislature to see if there might be more opportunities unless it’s an opportunity for us to save money. It’s that responsible financing we have to take a look at.”