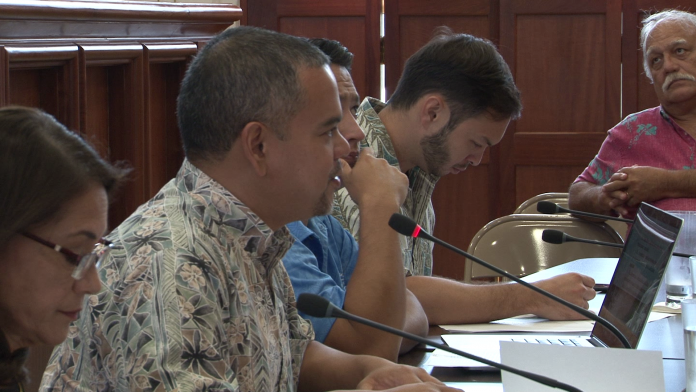 Guam – The GMHA Special Investigative Committee will spend up to $25,000 to hire a third party investigator who will look into allegations of corruption at the public hospital.

But in discussing the budget for the committee of $25,000, Republican Sen. Fernando Esteves recommended an increase to the budget–to $50,000 in the event the senators blow through the first $25,000, they will not have to go through another contractual process which could take time away from their 120-day timeline to complete the investigation.

“I’d like to make the motion to increase that and my reasons being is because there is a process in the legislature when it comes to procuring service and this is probably gonna be a contract that goes out and so there’s going to be a limit on that. Now, we don’t have to contract for the full amount of the $50,000, but ensuring that this body adopts an amount, that way either one stipulated into a contract up to a certain amount or if we put a limitation to where the committee can revisit but the contractual process does take a while,” said Esteves.

Committee chairman Sen. Dennis Rodriguez, the author of the resolution that created the investigative committee, however, cautioned lawmakers to stick with a $25,000 budget as they will still need to seek approval from the legislative operations committee.

Sen. Esteves deferred to Rodriguez and the budget will remain at $25,000.