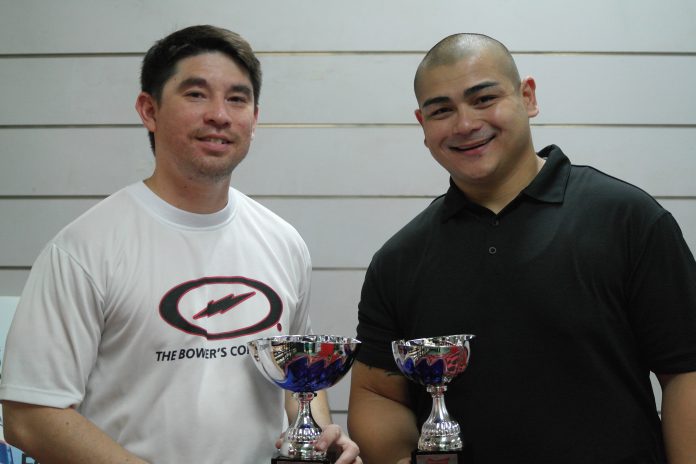 Manny Tagle led all qualifiers on the 34’ short pattern with a 1276 total averaging 212 pins per game as Timothy Nauta fell one mark short for pole position at 1266.  Duane Camacho trickled in 1197 pins for the third slot followed by Jim Pinaula 1187, Keith Guerrero 1186 who bowled a the highest game of the day stringing eleven strikes after a spare on the first frame for a 290, Dante Godoy 1169, Jay Leon Guerrero 1164, Ray Manibusan 1148, Teliann San Nicolas 1126 as Joey Miranda III edged Albert Dela Cruz by 3 pins for the tenth and final qualifying post at 1108.

The Prince of the Lanes finals pitted two bowlers who would eventually claim their first title for the year.  Top seed Von Cabral and 2nd seed Kennedy Robinson were successful in tormenting their semi-final rivals to formulate the match up.  Cabral pounded on 6th seed Cesar Villanueva 222-137 while Robinson ousted 3rd seed Manibusan 202-138.  In the finals, It was all Kennedy Robinson from the get go as top seed Cabral struggled throughout the game relinquishing another opportunity to bask in the glory settling for his third runner up finish in as many months on a 153-191 drubbing.