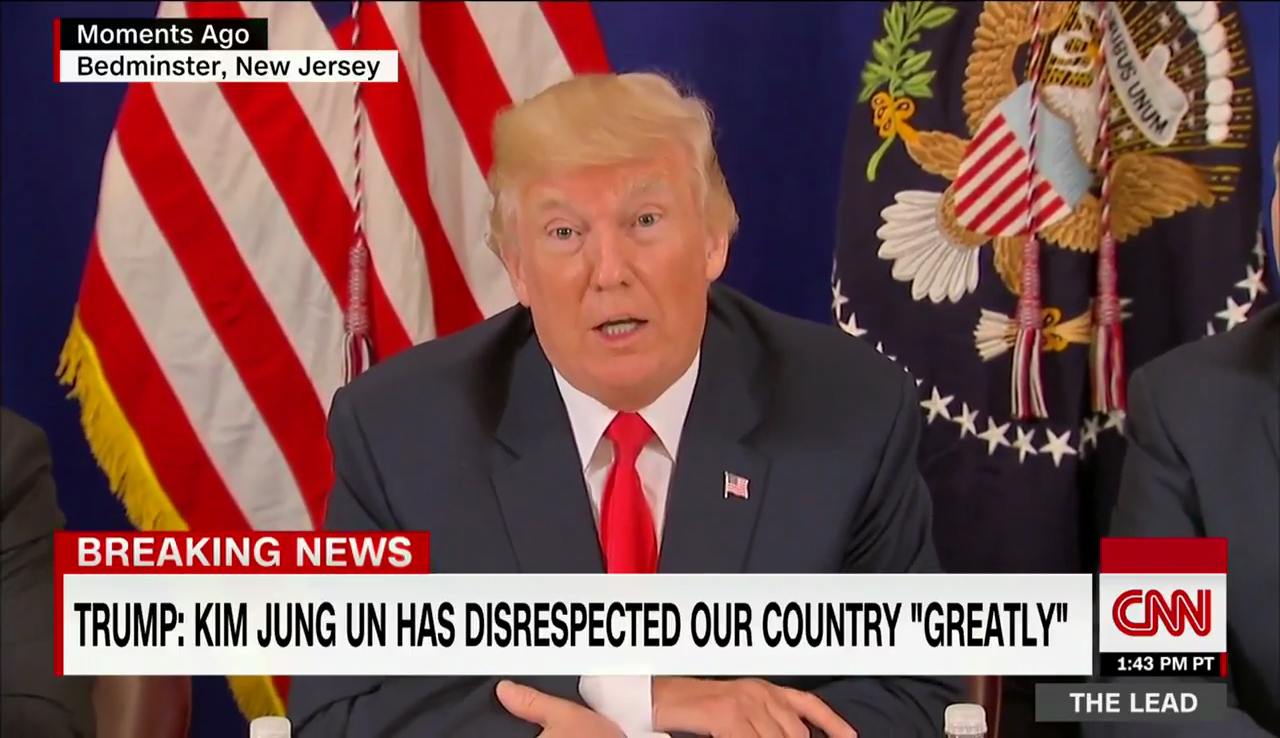 The president was responding to bellicose threats out of North Korea Thursday.

Guam – President Donald Trump ramping up the pressure on North Korea, responding to the latest statement out of the hermit kingdom.

“Let’s see what he does with Guam,” the president told reporters during a news conference. “He does something in Guam, it will be an event, the likes of which nobody’s seen before, which is what will happen in North Korea.”

The back and forth threats began as result of President Trump’s “fire and fury” comments earlier in the week. Trump cabinet members have said the president’s statement was “improvised” and that he was talking off-script.