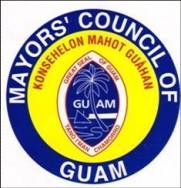 Guam -The start of the 75th Liberation Day Carnival has been postponed.
On Newstalk K57’s Morning’s with Patti, Mayors’ Council of Guam Executive Director Angel Sablan said the list of those who have already made payments toward their bids for games of chance and house of cards will be released to the public on Tuesday.

The list includes not just the names for those representing their bids, but also those responsible for operating the games throughout the carnival.

Sablan said he remains optimistic and hopeful that the features of this year’s Liberation Day Carnival will entice residents and visitors alike to go to Paseo for the festivities. He noted that games of chance are back on the table for the first time in three years.

“We were supposed to have a soft opening on Thursday at 6, and then the official opening on Sunday the 9th. But after talking to several food vendors from the Guam Micronesian Island Fair who just came out of the Agat Mango Festival, and then to the fair, and then to the carnival, they just said we need a few more days to rejuvenate and restock and get our stuff from the island fair to your location at Paseo. And so we said – OK we’ll just have the official opening on Sunday as scheduled,” Sablan said.

Island mayors, vendors, and various community stakeholders are inviting the community to visit the Paseo grounds in Hagåtña on Sunday, at 6 p.m. to kick-off Guam’s 75th Diamond Liberation Carnival Festivities. See you there!