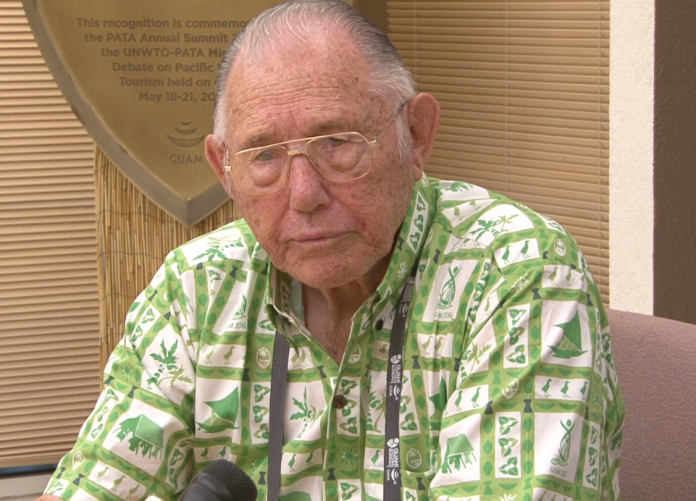 “The last two years, I was the only liberator that came back,” remarked Gene Bell.

Guam – Liberation Day –one of our biggest celebrations of the year commemorates the island’s liberation from Japanese captivity.

And in honor of those that gave the ultimate sacrifice many years ago, PNC interviewed Two World War II servicemen who gave eyewitness accounts of that fateful time.

“The last two years, I was the only liberator that came back,” remarked Gene Bell.

The number of military from that era may be dwindling, but there’s still a few left who remember when their arrival on Guam meant the turning of the tide for WWII.

“We came in about a week later after the initial landing and we joined the third marine division. Proceeded through Agana and after the island was secure, we went out on eight man patrols every day. And upon finishing our patrol in October of 1944 we made the final push of the island. They claimed that there was 5000 enemy left; we made a complete sweep of the island 28 miles. Took us 2 weeks. Upon that, we were camped out in the jungle and January of 1945 we moved our new base in Talafofo, where we continued our training with Iwo Jima. I was a gunner on the navy one millimeter motor,” he said.

Both Mr. Gene Bell and Mr. Donald Hughes –this year’s two parade marshals, flew all the way from the mainland to take part in our island’s liberation day festivities.

For this year’s 73rd Annual Liberation Day, the duo served as marshals of the parade, leading the lineup, just as they did many years beforehand.