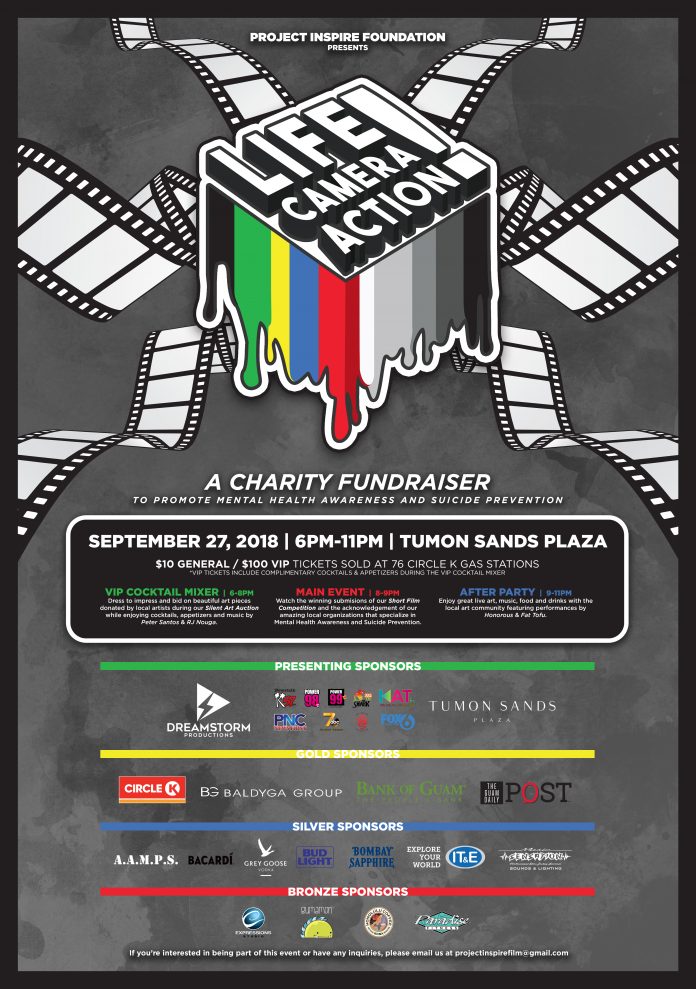 Guam – LIFE, CAMERA, ACTION! That’s the exciting event coming up this Thursday that will bring the arts front and center at the Tumon Sands Plaza. But there’s also another topic that will be brought to the forefront and it’s an issue not many like to talk about: suicide prevention.

Suicide is an issue that’s affected so many lives on Guam. We have the highest rate of suicide in the nation and perhaps its taboo nature has something to do with that. But with one life lost to suicide every week on Guam, it’s even more important that discussions are had within the community–as difficult as it is to discuss.

This year, several organizations have come together to raise even more awareness, especially among our youth, to allow our community to say it’s ok to talk about it.

The LIFE, CAMERA, ACTION! event brings together these organizations hoping to bridge the gap between the arts and mental health in a unique way never before seen and involving our youth. While the event is inspired by a personal tragedy, its goal is to bring hope to those suffering through a medium many of our youth are familiar with: the arts.

“This event means a lot to us because we lost one of our partners. He’s been with us for many, many years now and he’s done a lot of work for the island. It’s unfortunate that we have to experience this kind of tragedy to kind of, I guess, motivate us to push this event but it really made us realize how much this event is needed for the island,” said Neil Romero of Project Inspire and Dreamstorm Productions.

Romero is one of a handful of creative minds behind Project Inspire and Dreamstorm Productions. Earlier this year, the group lost one of its members, Justin Baldovino, to suicide. Executive Producer JD Iriarte says LIFE, CAMERA, ACTION! is also the brainchild of his wife, Hannah, who is also a member of Dreamstorm Productions. Unfortunately, she couldn’t make it to today’s press conference—she was away training as a suicide prevention counselor.

“Once we experienced it firsthand ourselves, we learned about all the statistics, I mean we’re still grieving in the process right now. This event is very near and dear to our hearts. This is for him, this is for Justin Baldovino and for every person that’s been affected by this issue,” added Romero.

The inaugural charity gala will be held this Thursday, Sept. 27 from 6 p.m. to 11 p.m. at the Tumon Sands Plaza. It will begin with a VIP Cocktail Mixer from 6 p.m. to 8 p.m. featuring an art auction with music by Peter Santos and Nouga Jr. Then, from 8 p.m. to 9 p.m., guests will be treated to a showing of short films put together by local filmmakers and a lyric video for Equal by local artist Jed Antonio. The evening will wrap up with a roof top after party featuring live art, food, drinks, and local entertainment.

Tickets to the LIFE, CAMERA, ACTION! charity gala can be purchased at all 76/Circle K locations where donations can also be made. General admission tickets are $10 and VIP tickets are $100 each.