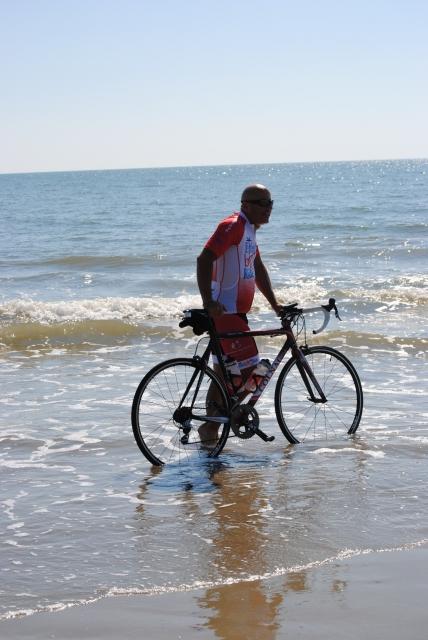 Guam- With a ceremonial dip of his front wheel in the Atlantic Ocean at Isle of Palms in Charleston, South Carolina on Friday, October 22, 2010 Guam time, Little Big Ride cyclist Joseph Husslein reached the finish line of his 41-day, 3,240-mile bicycle journey for Big Brothers Big Sisters. The initiative has raised $102,377 for the charity, with more donations still being tallied and raised as of this release. Donations can still be made online at http://littlebigride.org/donate.php.

Husslein started his trek on September 12th in Santa Barbara, CA where he first dipped his back wheel in the Pacific Ocean. He logged over 1 million pedal strokes and climbed the equivalent of 5 ½ Mount Everest summits along a route that took him through 11 states. Through daily tweets, blogs, numerous media appearances, and personal visits to local agencies from the West to the East Coast, Husslein devoted each mile to helping raise money, awareness and volunteer interest for Big Brothers Big Sisters.

The 48-year-old Husslein hails from Guam where he is President and CEO of TakeCare Health Systems and Veiovis, a medical travel company.