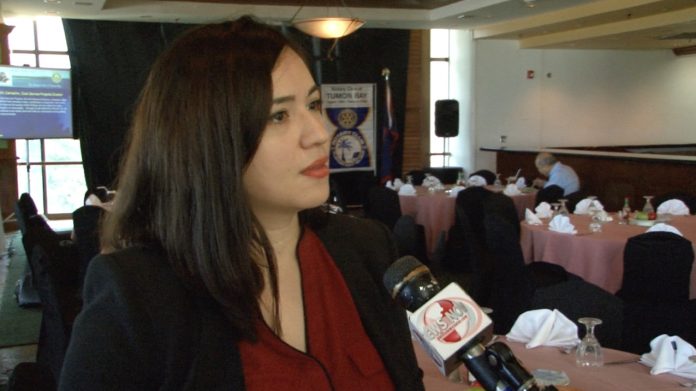 For the complete list of global gender gap index’s you can visit weforum.org

Guam – The United States ranks 28 out 145 countries in terms of overall gender equality, this was a figure attorney Vanessa Williams spoke about at the rotary club of Tumon Bay meeting.

On behalf of the Guam’s Women’s Chamber of Commerce, Williams also spoke to promote the ‘pledge for parity’ here on Guam.

The campaign pledge for parity, in recognition of international women’s day, brings awareness towards the effort to close the gender gap in societies. The gender gap is measured by the world economic forums global index. The global index examines four overall areas of inequality between men and women: economic participation and opportunity, educational attainment, political empowerment and health and survival. These indicators are measured using data gathered on women’s access to high-skilled employment compared to men, access to basic and higher level education, representation in government or decision making-structures. Once gathered, this data is crunched into a number, 1 being the highest and o being the lowest. Here on Guam, Williams says all you need to do is look around to find out how Guam compares to other societies as it relates to gender equality.

“You can look around and kind of identify for yourself and say ‘oh ok are there equal representation of woman on boards at the c suite level as CEO’s of companies or in our legislature, in our cabinet of the government. I cant give you any specific statistic’s from Guam but what I can tell you is globally there is still a problem and i cant imagine why Guam would be any exception to that inequality,” said Williams.

Governor says none of recent deaths were vaccinated; Guam has 139th...