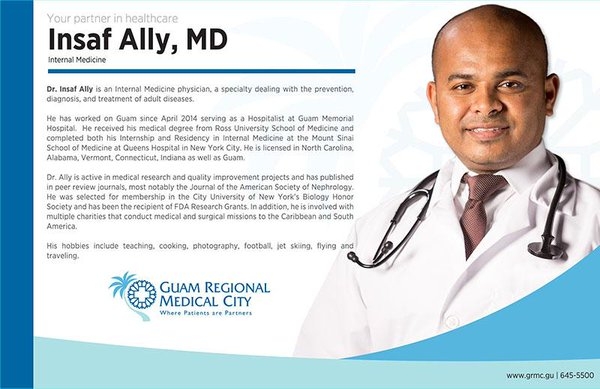 Guam – A local doctor is facing felony aggravated assault charges after his mistress accused him of assaulting her.

Dr. Insaf Ally is an internal medicine physician at the Guam Regional Medical City and according to the complaint filed in Superior Court, had been in a three-year long relationship with another woman.

The report says that Dr. Ally’s girlfriend contacted police after Dr. Ally choked her and threw a notebook at her during a heated argument. The victim told police that Dr. Ally was upset about photos that she had posted on social media and he demanded that she take them down because his wife would take his children away if she didn’t.

This isn’t the first time the victim says Dr. Ally assaulted her. Back in 2014, she says Dr. Ally also choked her when she walked in on him and another woman at his apartment. Dr. Ally was charged with family violence and aggravated assault, both as third degree felonies.

GRMC officials declined to comment on Dr. Ally’s employment with the hospital.