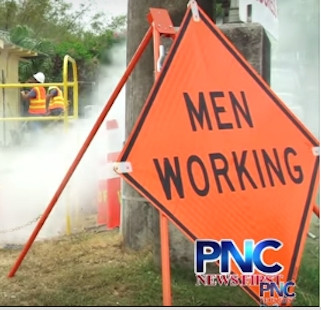 Guam – There is a movement stirring by local employers to possibly file a lawsuit against the federal government.

The potential lawsuit stems from Guam’s need for H2B workers to help with the upcoming military buildup. At a budget hearing today for the Guam department of labor, D-O-L representative Greg Massey fielded questions from Senator Rory Respicio about the lawsuit and what GDOL’s involvement would be if in fact the case moved forwarded. Massey says the current H2B visa rejection rate, which is 99.9 percent as of January, is unprecedented. Without proper H2B visa workers he says the Guam department of labor could train 500 local workers however that number is nowhere near the thousands of workers needed for the buildup. According to Massey, Congresswomen Madeline Bordallo has a potential fix worked in with the national defense authorization act but it may not materialize until the March or April of 2017.

“The other thing is, as Greg mentioned, there is a movement by the employers and the industry people to sue the federal government…well that was the movement you were referring to, I was wondering if the DOL would be a party to that or get the attorney general involved,” asked Senator Rory Respicio.

“In the H2 process we also, play a supportive role with immigration during the labor certification. They gave us that delegated authority we kind of don’t want to become an aggressor and they turn around and say they are going to take away that labor certification authority,” replied Massey.

As of March, there were 1,500 H2B workers on Guam, compared to 5-6,000 during the creation of the hotel industry on Guam. In an earlier interview with PNC, GCA president James Martinez says they will need about 2,500 H2B visas over the next ten years for construction for the military buildup.