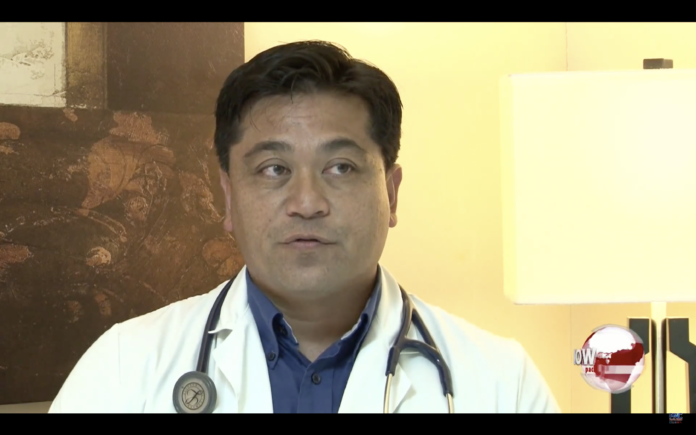 Guam – As GovGuam looks to tighten its proverbial belt, at least one local physician suggests to start with the Guam Memorial Hospital, in light of the bad news they’ve received in recent days.

Family Practitioner Dr. Vince Akimoto was on News Talk K57’s The Rick Nauta Show this morning lashing out at the GMH administration for its excessive staff with close to 1,200 employees. Akimoto says at least 200 of those employees are superfluous.

“They’re up and down the line in the business office. You apparently have people that are sitting around waiting for something to do. I didn’t even know we had an attorney. The idea that the hospital has an attorney when the attorney general is sitting there waiting to help them is ridiculous,” lamented Akimoto. “We have the whole personnel office because we keep getting subsidies. We’re not economists, we don’t need a personnel office. There’s a whole bunch of places at the hospital that are redundant simply to provide unnecessary jobs.”

By comparison, Akimoto points out that the Guam Regional Medical City employs about 700 people and have nearly the same bed capacity as GMH. What doesn’t makes sense, Dr. Akimoto argues, is that even with less staff and a hospital of nearly the same size, GRMC has not been threatened with removal of its Joint Commission accreditation status.

On Monday, GMH announced that the Joint Commission issued a preliminary notice of denial of accreditation pending appeal.

In their defense, GMH CEO Peter John Camacho countered that their billing and collections and coding methods have improved, thanks, in part, to the addition of staff in those respective departments. As a result, GMH’s revenue collections have increased.

While that’s not entirely justification for the addition of employees, Camacho says each and every single employee on the GMH payroll is necessary to the operation of the hospital.

Aside from GMH’s hiring practices, Dr. Akimoto joined lawmakers in questioning GMH’s decision to withhold the joint commission report from the public.

“It makes us feel like you’re running a restaurant that just got shut down by Public Health and you’re not gonna tell us exactly what part of your restaurant is dirty. Is it the kitchen? Is it the bathroom? Is it because you’re feeding people chicken with maggots,” questioned Akimoto, apparently referencing recent reports of numerous restaurant shutdowns as a result of pest infestations.

Camacho extended an invitation to Dr. Akimoto to sit down with hospital administrators to go over GMH’s hiring practices and financial status. Camacho says he’s open to suggestions on areas where they can make cuts after they’ve presented the full picture to Dr. Akimoto.