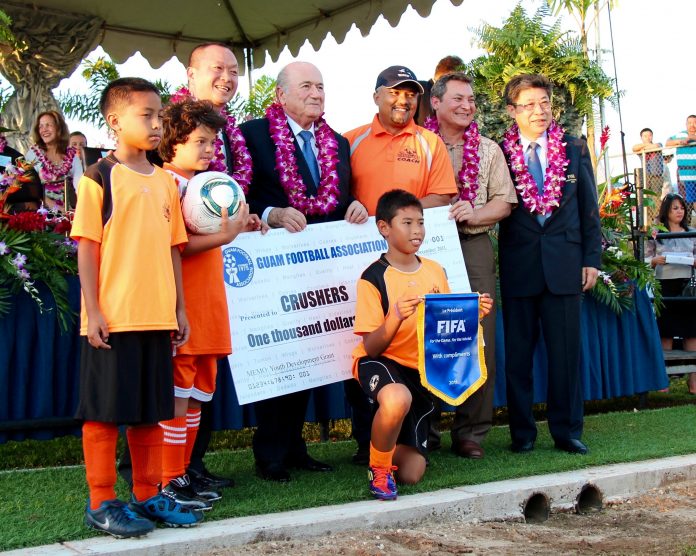 “We are deeply saddened to hear the news of this tragedy,”

GUAM – Members of the local soccer community are reeling from the shocking news that longtime youth coach, volunteer, and a design and project engineer for Guam’s FIFA Goal Projects, Asmuni Abdullah, was part of an entourage in Malaysia involved in a helicopter crash Thursday.

Abdullah, a former youth coach for the Crushers FC and also an architect formerly with Von Watson & Associates in Guam, was traveling with his wife, Deputy Plantation Industries and Commodities Minister Datuk Noriah Kasnon, along with four others in a helicopter, traveling from Betong to Kuching during campaigning for the Sarawak state election, Malaysian media reports state.

“We are deeply saddened to hear the news of this tragedy,” said Richard Lai, Guam Football Association President. “Muni was a wonderful friend and colleague to me, in addition to being a staunch supporter of the sport of football and in particular, grassroots development in Guam. Through his role as a youth coach for many years, he inspired many young football athletes and coaches to develop a passion for the game. As a volunteer in various GFA committees, he contributed greatly to GFA’s growth and development. He also was greatly involved in the completion of Guam’s first three FIFA Goal Projects and continued to support football in Guam even after relocating.

“On behalf of GFA, I send my most sincere condolences to Muni’s family, as well as the families of the other victims in last week’s tragic event,” Lai added.

The helicopter was reported missing Thursday and on Friday, debris from the helicopter was recovered as a result of a crash. According to Malaysian media reports, officials have relinquished hope of locating any survivors of the crash. Since Thursday’s crash, Noriah’s body has been recovered and identified as the first victim and additional bodies of Plantation Industries and Commodities Ministry secretary-general Datuk Dr Sundaran Annamalai, and Noriah’s personal bodyguard, Ahmad Sobri Harun, also have been recovered and identified. A fourth body has been recovered, but not yet officially identified. Malaysian media reports state that officials will continue to search for the other two bodies.

Abdullah, formerly with Von Watson & Associates architecture firm, was a Design and Project Engineer for Guam’s first three FIFA Goal Projects, awarded to Guam in 2002, 2005, and 2009, respectively. He also designed and oversaw the construction of GFA’s beach soccer court, before relocating to New York City in 2011. He moved to Malaysia just before Christmas 2015.