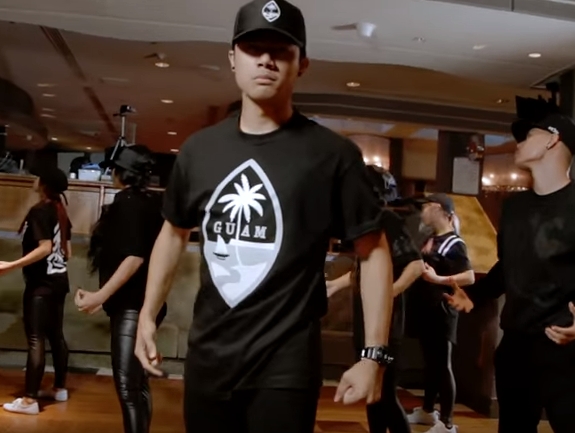 A video featuring talented dancers and choreographers is getting a lot of views on social media. It’s an addition to the list of reasons why Guam should be proud of local talent.

Guam – A video is getting thousands of likes, views and shares on social media. Did you know that the video is directed, produced and choreographed by a 24-year-old from Guam?

To further his experience, Noel spent last year traveling the world to learn from choreographers he looked up to. Because of that experience, he was inspired to make the Guam-based dance video that went viral online. After brainstorming with fellow dancers, this was the result.

Noel says, “I choreographed this in one day and I taught the dancers this for five nights, two-hour rehearsals. The song talks about being in the club, getting your drink on, dancing with your friends and basically your typical club night.”
Within just a week of posting the dance video on social media, it received 100,000 views.
Noel expresses, “To be honest, I’m still overwhelmed by the support and love I’ve been getting. It’s only been one week, with that amount of views, I’m just so blessed and thankful that I had everyone a part of this video most importantly for the people who shared it. To my family and friends, I would love to thank them so much.”
Noel explains that his passion and dedication to dance is not just for him, but it’s for his parents as well. He wants to make them proud because they sacrificed a lot for him when he was just a baby. At birth, Noel was diagnosed with “club foot”, a condition in which the foot is deformed or twisted out of shape. At only a week old, both of Noel’s feet had to be placed in a cast. It wasn’t until a year later when he was sent to “The Cripple Children’s Hospital” in Hawaii where they performed surgery on both feet. The procedure was successful and Noel was finally blessed with the ability to walk. Now, he is using his feet and his moves to pursue a career in dance. In fact, he says he plans on becoming an international choreographer one day.
Noel says, “I wear the Guam symbol because I’m Chamorro and I’d love to represent my island. Also expose the talent here on Guam to other people out there who doesn’t know about Guam basically, put Guam on the map.”
If you want to see Noel’s other works…He says, “You can follow me on my social media accounts. Just type Noel Santos Jr. and from there you can follow me on Instagram, Twitter and YouTube.”