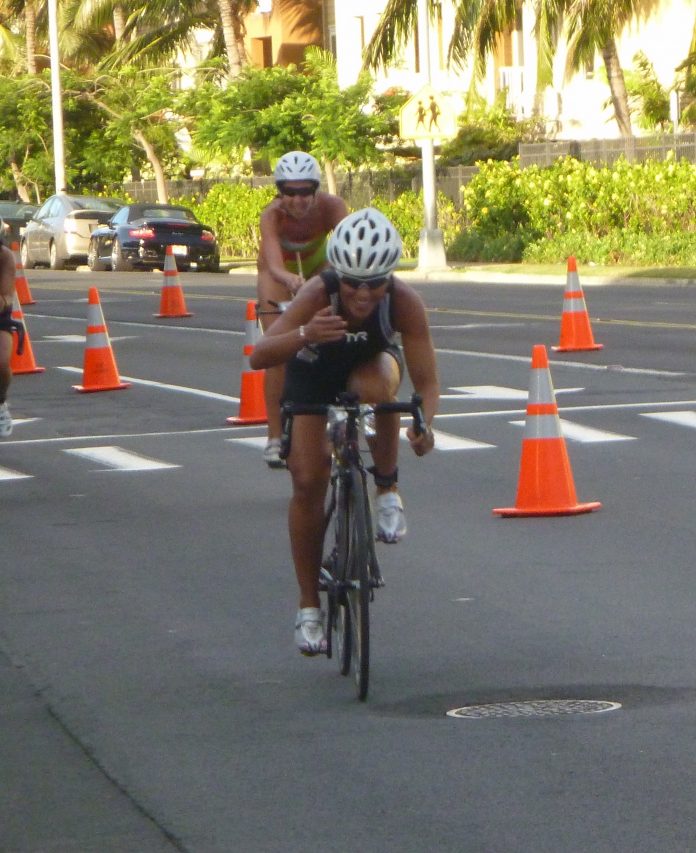 Her accomplishments were not without setbacks as she has been battling with chronic knee problems that hindered her run time. However, her bike time as well as transition times shored up her running shortfall.

“This was a great primer event as I head into New Caledonia to represent Guam in the South Pacific Games” stated Lombard. “Mentally it increased my confidence and helps me fine tune my training. My focus now is to stay healthy and be on the podium at
SPG” a beaming Lombard added.

History Of Tinman
Inspired by the Ironman Triathlon in Kona on the Big Island, the Tinman Triathlon was started by four male athletes who wanted to experience doing a triathlon but could not spend months of full-time training.

While sipping a few cool ones after the race, they speculated that other athletes might enjoy doing this short yet demanding event with them. Thus the race and the non-profit Tinman Unlimited were established. There were 300 participants men and women in the first Tinman, 700 in the second, and thereafter a ceiling of 1,200 participants was set.

The primary objective of Tinman Unlimited is to create, plan, and organize a race that will challenge and inspire all participants and offer them safety, fun, and pride. It is not meant to be an “elite” race but a triathlon for every interested athlete.