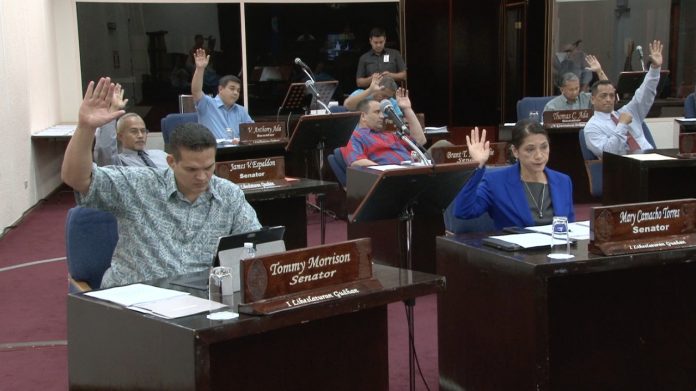 Meanwhile, bill 252 passed by a vote of 13 to 2, with Senators Nerissa Underwood and Michael San Nicolas voting no.

Bill 2, also known as the hybrid retirement bill passed unanimously, also making it veto proof as the legislation heads to the governor’s office. In his closing remarks, Vice Speaker Cruz asked for a moment of silence for the late Vice Speaker Tony Blaz and the late Speaker Ben Pangelinan who played key roles in the bill’s passage. The plan will allow Gov Guam employee’s options outside of the current defined contributions plan, which many Gov Guam employees say is not enough to support retirement. Cruz’s hybrid plan would provide Gov Guam employees the option to enroll in a plan that offers an annuity or a long series of measured payments over the span of retirement.

Meanwhile, bill 252 passed by a vote of 13 to 2, with Senators Nerissa Underwood and Michael San Nicolas voting no. The bill was originally intended for capital improvement projects in Tumon, but was amended to help address a $1.5 million dollar shortfall for FESTPAC funding. The nomination of Christine Baleto as director of DOA also passed. The only senator to vote against Baleto’s nomination was Senator Mary Torres.

Here is a complete list of bills that were passed: