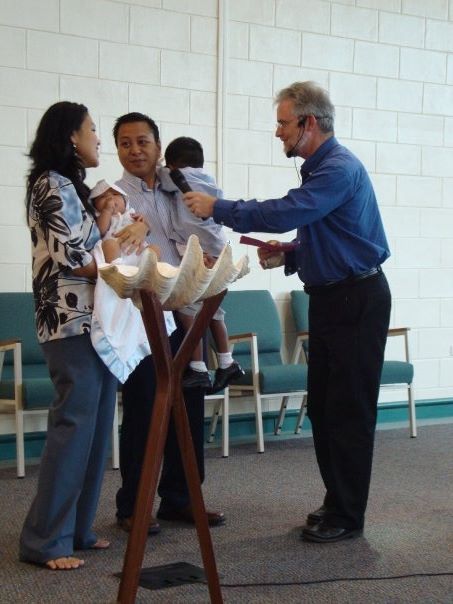 Culbertson had been battling cancer for more than year.  He was the Pastor at Faith Church for 27 years before being called to lead the Tacoma Christian Reformed Community Church in 2011.

“When I think of Pastor Neil’s ministry, I realize he was not just the pastor of Faith Church, but was in many ways ‘Guam’s pastor” Faith Church Associate Pastor Jeff Nelson wrote in a remembrance of Culbertson to PNC.  “He was all about community involvement, and not just for the sake of that involvement, but to share the Good News of Jesus in all types of settings.”

Governor Felix Camacho awarded Culbertson with the “Order of the Chamorrai” prior to Culbertson leaving Guam.  The award is the highest honor given by the Governor of Guam to non-Chamorros for extraordinary contributions to the island community.

Culbertson led the Guam Running Club for a number of years, was the president of the Guam Ministerial Association and prayed with the Guam Legislature on a number of occasions for new sessions, state funerals and other events.

“I know a number of the GMA pastors received good counsel from him, and many considered him a friend, and not just a pastoral colleague,” Nelson wrote.  “I served with Neil at Faith Church as a co-worker for about seven years. He taught me to be the type of leader who doesn’t just preach sermons, but who gets involved in people’s lives, and who doesn’t shy away from conflict when it arises. He helped me to see a pastor’s role in a much broader way.”

Pastor Culbertson gave his last public message at his church in Tacoma this past Sunday.  It can be heard online on the church’s website http://tacomacrc.org/