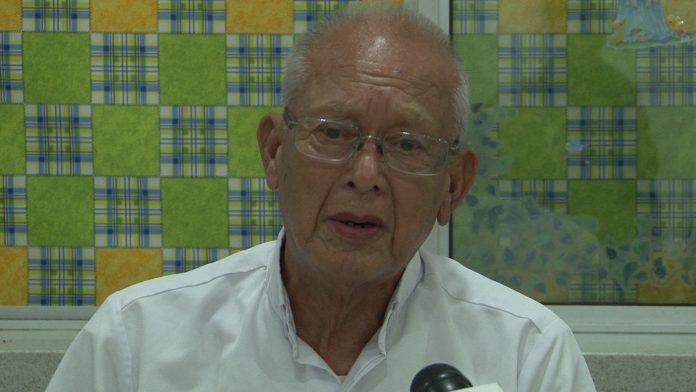 Guam – Deacon Frank Tenorio is coming to the defense of Archbishop Anthony Apuron, saying the archbishop is incapable of the things he’s being accused of.

Here are excerpts from his statement:

“I have known Archbishop Anthony Sablan Apuron for more than 50 years and the recent accusations do not match the man that I know and deeply respect.

So when he spoke very directly denying any involvement in this alleged offense I accept that this is the truth. I know this to be the truth from my own experiences. I, too, in 1973, assigned to the Mt. Carmel Catholic Church in Agat to 1977. So I was there in Agat.

The description provided by Roy Quintanilla are nothing, not anything I would ever associate with Archbishop Anthony Sablan Apuron. The person I know him to be is not capable of doing whatever they have mentioned about our archbishop. To me he’s incapable of doing those things.

In all my years of service in Guam as an ordained deacon of the Archdiocese of Agana, I’ve never received any information, reports or rumors of these allegations now made by Roy Quintanilla against Archbishop Anthony Sablan Apuron.

I believe that this is orchestrated by some people who are against the archbishop. If this man who was a young boy at the time really told Father Jack, why didn’t Father Jack report it to the Archbishop Flores. But I believe that Father Jack was mentioned because he is dead and cannot testify to the fact.

My brothers and sisters in Christ, I beg you to stop this nonsense.”