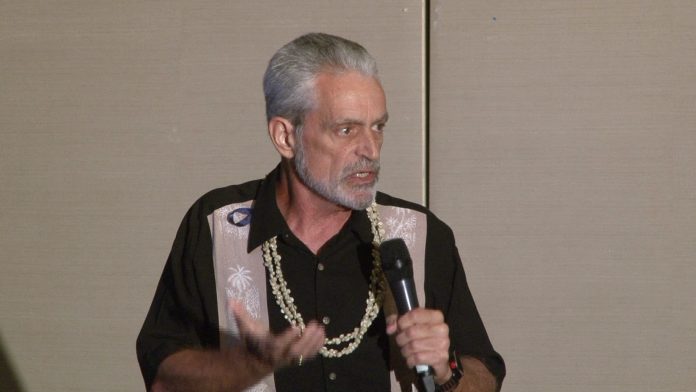 Public Health Director James Gillan says a 30-day notice must be given to employees before they can conduct any random drug tests.

In just the last couple of weeks at least two Department of Public Health employees have been arrested for drug possession. The first employee, Vera Del Rosario, works out of the Women Infants and Children or WIC office. Del Rosario allegedly dealt drugs right from her work desk.

Then last Thursday, Environmental Health customer service supervisor Monica DeVera was arrested along with her husband Hector DeVera after police raided their Tiyan residence and found ice and a marijuana plant.

Public Health Director James Gillan says there are loopholes in the law that allow employees to get away for year before they get caught.

“One of the things that I wish we could do is to do random drug testing without notice. We can’t do that,” he notes. “We have certain critical positions that are required to submit to random drug testing but we have to give all of those parties 30 days notice that it might happen.”

In addition to being protected by the Civil Service Commission, Gillan says that for employees who are on probation, there’s no law that requires the Judiciary of Guam to report to drug test results to respective GovGuam agencies.

“The people on probation come in for their regular required testing. They test positive. The requirement is a written report go to the judge and apparently these folks are back out on the street,” explains Gillan. “My understanding is that they’re not required to give us any information.”

However, Gillan says he will look into the possibility of a drug sweeps.

“That’s one I need to look at because I know they do it at the schools and I don’t think there’s any requirement to do any notice,” he says.