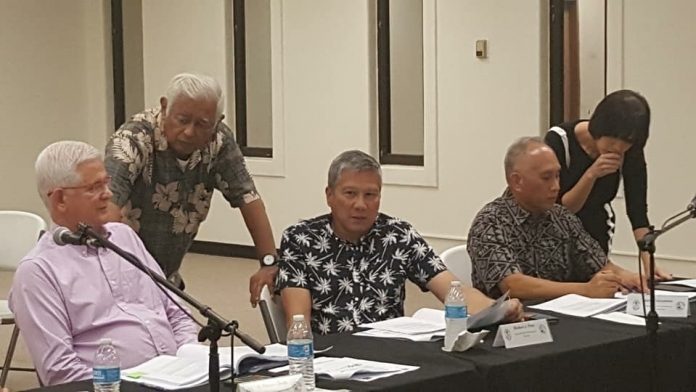 Guam – The Guam Election Commission has confirmed that it will conduct a recount of the ballots cast during the primary election last Saturday, and the top contender in the democratic gubernatorial bid is all for it.

Meanwhile, Lou and Josh are in with the recount and out with the smear tactics. In an interview on Mornings with Patti today, Lou Leon Guerrero reiterated her support of GEC’s scheduled recount and stated she has no plans to use her Republican opponent’s ongoing investigation on the campaign trail.

The LG-Tenorio team issued a statement to the press on Thursday:

“We respect and support the Guam Election Commission’s decision to conduct a recount of the 2018 Democratic Gubernatorial Primary election. We agree that the public must have confidence in our election process.”

On Newstalk K57 this morning, Maga’håga hopeful said she believes the results of the recount will be the same and expressed her confidence in GEC’s tabulation process.

When asked to comment on Lt. Governor Ray Tenorio’s legal situation, Leon Guerrero says she does not have a specific campaign strategy to capitalize on her opponent’s ongoing investigation by the Office of the Attorney General. Rather, Lou and her running mate will continue to highlight the tenets of their platform. The island’s second-in-command had announced in an earlier statement that the “Tumon incident” has been heavily politicized during the election season.

GEC’s recount is scheduled for 1:30 PM on Saturday, September 1, at their headquarters in the GCIC Building. The election experts have decided that in addition to the narrow 260-vote margin between Lourdes Leon Guerrero and Frank Aguon Jr, they will also be taking a second look at the 15th and 16th positions in both the Democratic and Republican Legislative races. These numbers are significant as only the top 15 vote-getters in each party will advance to November’s general election.