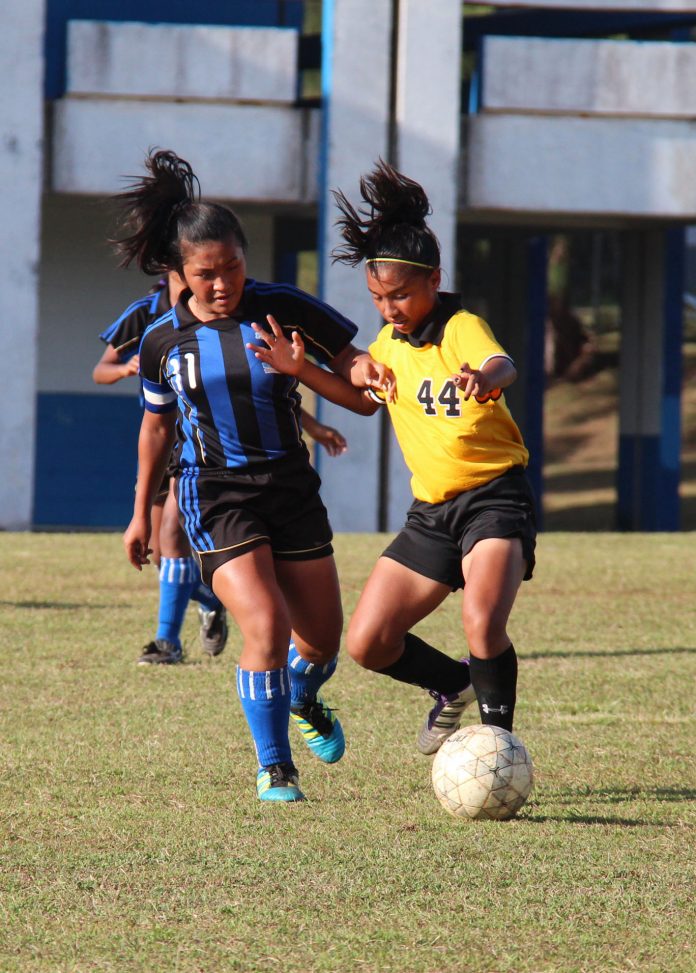 With the win, the Wildcats currently share the league’s first place spot with the Hawks, as both teams have only lost thrice this season.

“We knew we had to play our best in this game,” said the Wildcats’ Jaicia Vita after the game. “They were the top team through the season and they’ve beaten us before.”

Both teams came firing into the game, but it would be the Wildcats to strike first minutes before the halftime whistle. Mellanne Rasmussen connected on a pass from near midfield and drew the FBLG goalkeeper, Jennilyn Ulloa out of the goal. Rasmussen sent her shot to the far post from the right side. The ball ricocheted off Ulloa and then off the goal post. During this time, Vita ran toward the ball and stood side by side with teammate Callia Concepcion to make sure the ball crossed the goal line.

From then, the Wildcats stepped up their defenses to protect their 1-0 lead. The Hawks best chance at tying the game came about 20 minutes into the second half when a hand ball violation was called on the Wildcats in the box. The Hawks’ Tayler Naputi stepped up the take the kick, but her shot was just wide, drawing cheers from the Wildcats’ bench.

With only about 10 minutes left in the game, the Hawks had a few more opportunities on corner kicks, but the Wildcats defense, led by goalkeeper Kristin Unpingco, denied any game-tying goals.

FBLG had one last free kick opportunity after a foul was called on the Wildcats near the penalty box, but Unpingco caught Naputi’s shot to hold down the Hawks.

“We really wanted this game, and I’m so happy we got it,” Naputi said after the game. “It was just all heart. With the small 1-0 lead we had, I knew I had to give my all in the second half to prevent any goals from them.”