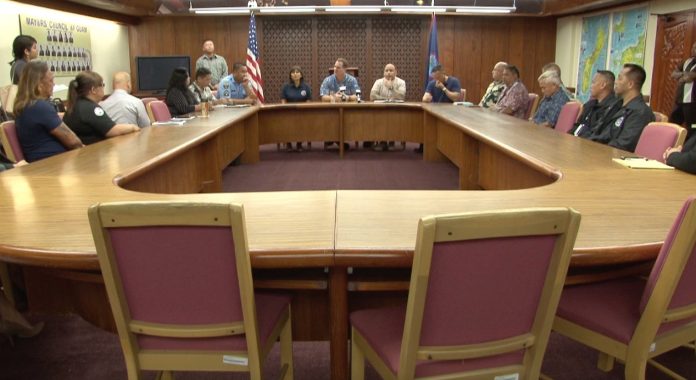 The Governors office in collaboration with GPD says they will implement innovative tools using social media and mobile apps for an Island-wide neighborhood watch program; they even announced that the Lt. Governor and the Chief of Police will be walking the streets all in an effort to deter crime.

“So not only is the chief and the lt. Gov. Taking personal vested interest by walking the streets of the villages, he’s actually directed members of the cabinet to include Kate and myself to fully explore and deploy innovative uses of technology,” said Castro “we’ll be releasing as it develops, the different phases of the mobile application, phase one is simply a notification tool, phase two may have a GPS component to that, which will be able to have a distress signal and button if you want to report an emergency, phase three will be working with folks at the different agencies like the fusion center who already have an existing database of reported activity throughout, not just Guam but the region.”

The neighborhood watch program will be discussed at a town hall meeting tonight at 7:30 at the Barrigada mayors office. You can read more details of the program online at pacificnewscenter.com