Guam – Lt. Governor-elect Ray Tenorio and Lt. Governor Michael Cruz spent time together this morning to discuss the transition between their administrations.

[Lt. Governor-elect Ray Tenorio and Lt. Governor Michael Cruz shake hands after a courtesy visit Wednesday morning.  The Lt. Governors discussed the transition between their administrations, ongoing special projects and programs, and the operations of the office.]

“A transition should always be a smooth process.  I am committed to working with Lt. Governor-elect Tenorio to make this happen, including offering my staff to assist him in any way possible as he prepares to become the Lt. Governor,” Lt. Governor Cruz said.

“I would like to thank Lt. Governor Cruz and his staff for the support and hospitality they have shown during the transition period,” Lt. Governor-elect Tenorio said.  “All of us are here to help the people of Guam, both the current administration and the new administration.  Come January, our island will move in a new direction, thanks to the good work of everyone in this process, including the Camacho-Cruz administration.” 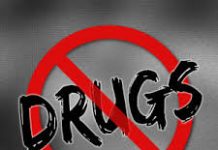 Guam to be added to Hawaii trusted traveler program

October 23, 2020
@PNCGUAM INSTAGRAM
Police have caught up with the man wanted for seve