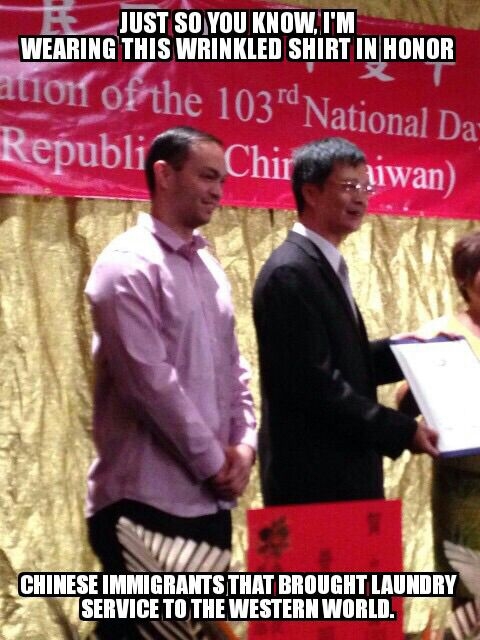 Guam – The Lt. Governor’s office is responding to a meme that the Lt. shared on a whatsapp chat group for Republican Senatorial candidates.

Whatsapp is a mobile application that allows users to set up private chat groups. The Lt. Governor has received criticism for posting a meme that was meant to make fun of Senator Mike San Nicolas. In the whatsapp chat group Tenorio wrote “a picture of your buddy” then he posted this meme that includes a picture of Senator Mike San Nicolas with captions reading “just so you know I’m wearing this wrinkled shirt in honor of Chinese immigrants that brought laundry service to the Western world.” Lt. Governor Spokeswoman Kate Baltazaar. “Just to clarify that the meme that was sent out was not created by the Lt. Governor it was actually not his words not his creation it was something that was shared with him shortly after the event which is the ten ten Chinese event. Actually the point that was being driven I think that everyone missed was that the person on that meme [Senator Mike San Nicolas] was a leader of our island and I think the Lt. Governor’s main concern was that this person is a leader and is representing our island but did not represent our island or our culture well based on the way he was dressed. He felt he was dressed inappropriately and it was humor that was completely taken out of context,” said Baltazaar. The Lt. Governor has not officially apologized for sharing the meme.