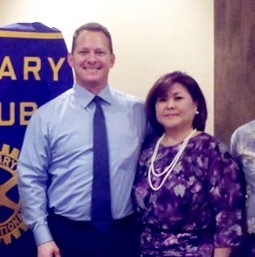 Lt. Governor Ray Tenorio and his wife, Naoko Shimizu, were married for 18 years.

The Governor’s office issued a letter today addressed to the People of Guam from Tenorio and Shimizu.

“With two heavy hearts,” the letter reads, “we let you know we are ending our marriage.”

Married for 18 years, the couple now says that their marriage is “breaking” and they are moving on from their “deep emptying.”

The two also say they are not asking for sympathy as they don’t want other couples or the younger generation to get the wrong idea.

“There is nothing to celebrate here,” the release reads, “and no example to emulate.”

This will be Tenorio’s second divorce. His first marriage ended in divorce in 1996.