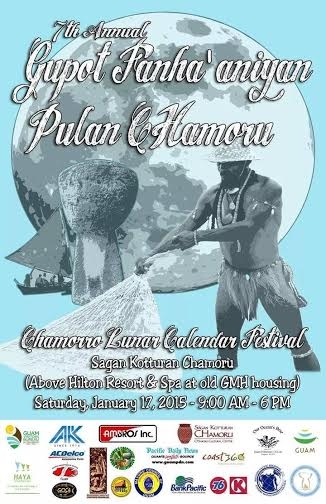 Guam – Organizers of the 7th annual Gupot Fanha’aniyan Pulan Chamorro or Chamorro Lunar Calendar festival say it was a success.

The festival which was held for the first time at the Sagan Kotturan Chamorro or cultural Chamorro center in Tumon saw a steady flow of people all throughout the day on Saturday. It featured numerous local artists and craftsmen and women. Copies of this years Chamorro lunar calendar were passed out as well. The lunar calendar is based on the lunar months that Chamorros used prior to contact with the Spanish. It’s a calendar based on the cycles of the moon which were also important when it came to fishing and agriculture. The festival featured local food fun and local entertainment. The event was organized by the Haya foundation with help from the fisherman’s co-op the farmers co-op the Department of Chamorro Affairs GHRA and GVB.