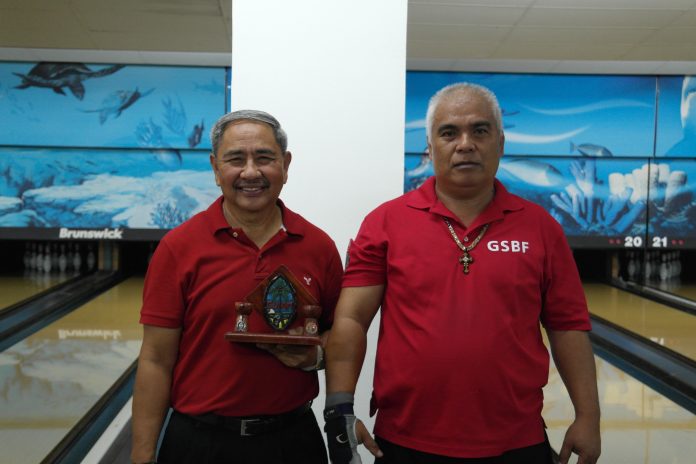 The quarterfinals continued with Catbagan romping over Pinaula while 3rd seed Remy Matanane stopped Fejeran to make the semi-finals. Catbagan continued by upsetting top seed Palaganas while Mafnas cruised past Matanane to get to the championship round.

The championship round see-sawed back and forth till a key strikes by Mafnas made it too little too late for Catbagan who made a valiant effort to overcome the handicap difference that made it possible for Mafnas to take the victory.

The next tournament will be the Guam Senior Bowlers Federation annual championship January 27th. The next senior monthly bowling championship will be February 17th at 11AM at Central Lanes.