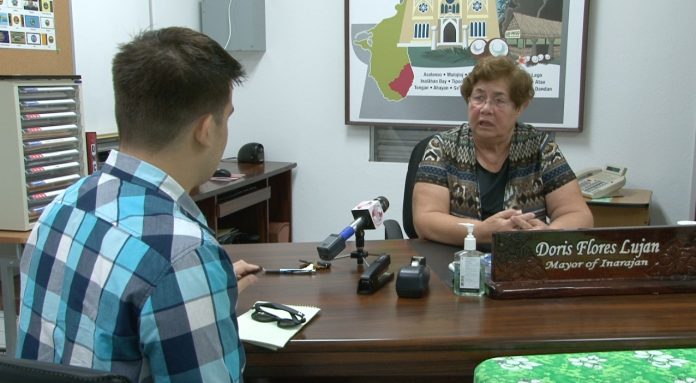 Guam – If you’re living in the southern part of the island, chances are you experienced a water outage.

Late Sunday afternoon, GWA spokesperson Heidi Ballendorf issued a press release stating that a main break had occurred near the Ugum Water Treatment Plant. This break left several southern villages without water. Ballendorf did not have an official cause of what caused the break. GWA crews began work yesterday, yet some in the community feel that this recent main break needs a long-term solution. Inarajan mayor Doris Flores Lujan shares her and her resident’s frustration about the recent outage

“[Residents] wanna know why is it we have a lot of rain and there’s no water. And you know I’ve been getting a lot of calls and I said please be patient they are currently working on the situation, but this has to stop. Management [and] leadership should get involved and do something about the water situation down here,” said Lujan

We traveled to the site and spoke with Ballendorf about the main break.

“So we’re down here fixing a 12 inch main break that occurred actually yesterday, the challenge was that the ground is so soft,” said Ballendorf.

Ballendorf says that although full restoration is expected by midnight, she’s confident that some villages will have water by “dinnertime”.

At the time of the interview, Ballendorf told us that the Ugum Water plant was online and the water within the tanks, 750,000 gallons worth was ready for distribution once the main gets fixed

“Were encouraging all the residents to be patient with us, we are currently working with GWA and they’re doing their best to accommodate us with the water but like I said leadership has to step ion and do something about this because it’s the same story every time we have a storm, turbidity, they should do something about it,” said Lujan