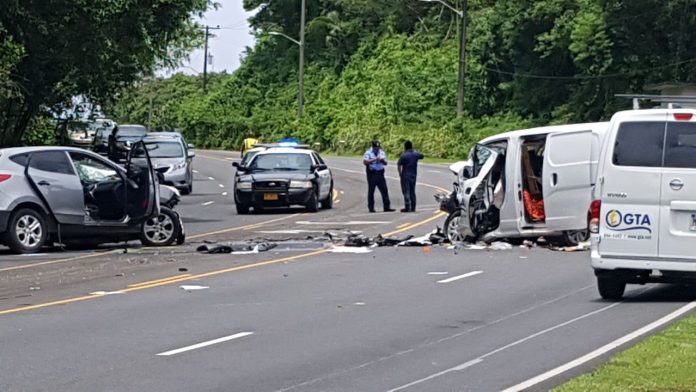 Guam – A call was received at around 11:38 this morning of a two vehicle accident south of the Cha’ot bridge in Sinajana. All emergency units are on site and the two male drivers involved have since been transported to Naval Hospital. Guam Fire Department Spokesperson Kevin Reilly reports that the two males involved were the sole occupants of both vehicles and as a result of the crash, have sustained serious injuries. CPR was conducted on both patients, at the scene and enroute to the hospital. Guam Police Department Spokesperson Sgt. Paul Tapao adds that all lanes on the bridge are closed and motorists should seek alternative routes in the meantime.