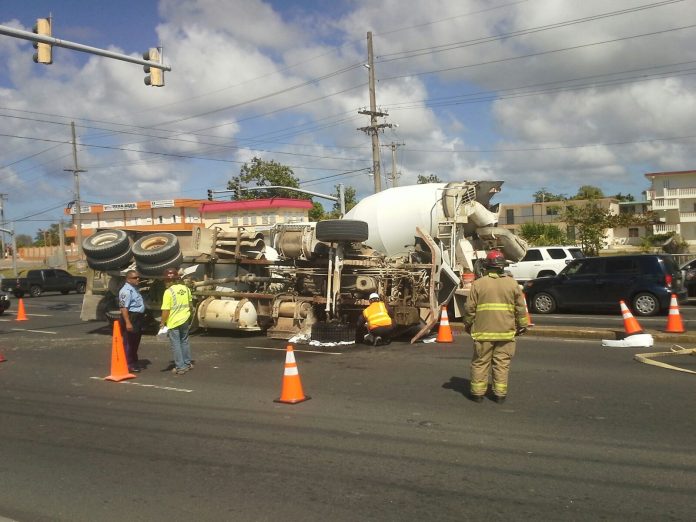 Officials will be using heavy machinery to clear the area so all traffic lanes must be closed. Major traffic delays are to be expected for the next several hours.

Guam – The Guam Police Department is advising motorists to seek alternate routes near the Route 1 and Route 27 intersection on Harmon Loop Rd in Dededo as crews work to remove a cement truck.

GPD reports that a cement truck overturned this morning causing the closure of some lanes. However, heavy machinery is being used to clear the ara and as a result all south and north bound lanes will be closed.

Please be advised that due to the heavy machinery movement used to clear Route 1 Marine Corps Drive, Dededo by Route 27 Harmon Loop Road, all south and northbound lanes will be closed to allow machinery to move.  Please take alternate routea for both north and southbound traffic.  Expect major delays.