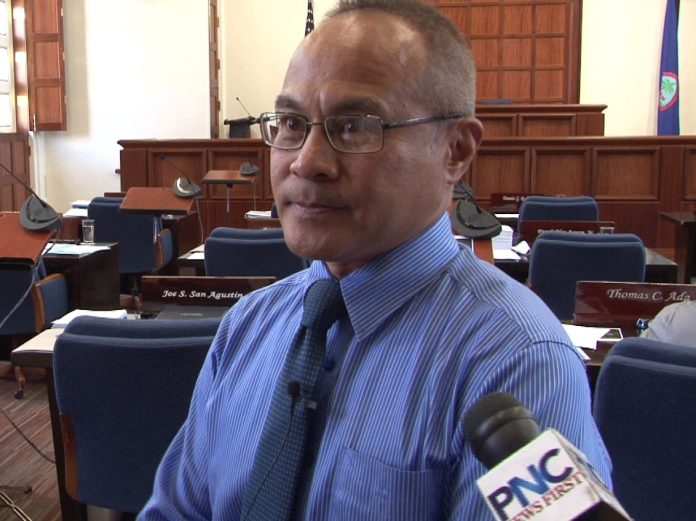 Esteves: ‘While it can appear that maybe I have an axe to grind, I really don’t.’

The resolution transcends party lines and charges that Republican Sen. Espaldon knowingly violated ethics in his capacity as a consultant to General Pacific Services Marianas, Inc. in the CNMI, because Espaldon knew there was an inherent nepotistic conflict of interest between the contractor and the Commonwealth Utilities Corporation that GPSM was pitching for business.

The resolution sought to remove Espaldon from leadership positions in the 34th Legislature and to require him and his staff to attend 16 hours of refresher ethics instruction. Espaldon is Minority Leader of the local lawmaking body.

Esteves is a fellow Republican serving with Espaldon in the 34th, but during floor discussion, it was Democratic Senator and Majority Leader Tom Ada who led the charge to defeat the attempt to itemize the resolution into today’s agenda.

“Mr. Speaker, this issue was brought up at the Committee on Rules meeting,” Ada said. “It did not get a second to be placed on the agenda. And so I object to placing this thing on the agenda.”

“I still have the floor to speak on the motion,” Esteves said. “And this resolution speaks to the very integrity of this body as a whole. And that question belongs to the body, Mr. Speaker.

“When you’re being fair and impartial – that’s both in good situations and bad situations, Mr. Speaker. And so while it can appear that maybe I have an axe to grind, I really don’t. I just have a responsibility. There’s a clear difference. And so, Mr. Speaker, this is the last thing that I’m able to do within my power as an elected representative to ensure that the person who filed the complaint, regardless of who it is, whether it’s somebody who’s affluent, or somebody off the street, that if they file a complaint within the rules of this body, that they get a resolution to the matter. Everybody deserves that, Mr. Speaker. We all voted on those rules. And so that’s the intent of this motion. It’s nothing personal. So we just have a job to do. Thank you.”

“Thank you,” Speaker BJ Cruz said. “On that motion, all those in favor of the resolution being placed on the agenda, please indicate by raising your hand. Motion fails.”

Six of 15 senators voted in favor of placing the resolution on the agenda. They include Democrats Esteves, Dennis Rodriguez, Telena Nelson, Therese Terlaje, and Frank Aguon, Jr., and Republican Will Castro. Neither Esteves, Ada, nor Espaldon are seeking reelection.