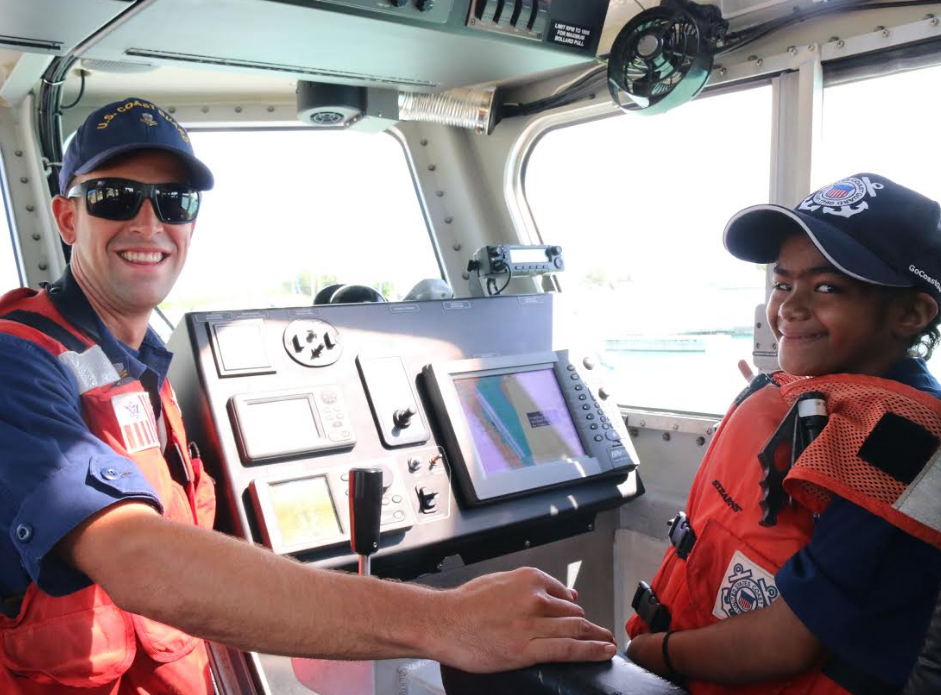 This past Saturday, Maegon Ernis had the opportunity to be a sailor during an honorary enlistment at the Naval Base headquarters.

Guam – Eleven year old Maegon Ernis was recently selected for the U.S. Naval Base Guam’s “sailor” for a day” with the Make-A-Wish foundation.

This past Saturday, Maegon had the opportunity to be a sailor during an honorary enlistment at the Naval Base headquarters.

She toured parts of the facility and witnessed a demonstration at Explosive Ordnance Disposal Mobile Unit 5 and even went on an excursion aboard a U.S. Coast Guard boat.

Maegon was diagnosed in 2015 with Fanconi’s Anemia, a rare genetic disorder in the category of inherited bone marrow failure systems.

According to a press release from the naval base, Maegon is the second Make-A-Wish foundation recipient to participate in the sailor for a day program.

For more information on the Make-A-Wish program, you can log onto www.Guam.wish.org.