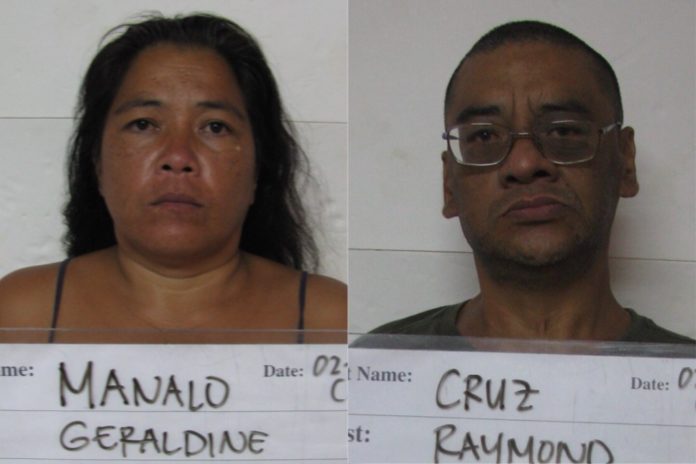 Guam – A couple is behind bars after they allegedly abused and left their toddler son outside of the house for several days.

The small boy, according to court documents, is only about 2 to 3 years old. He was seen laying on a tarp placed on a concrete slab outside a residence in Mangilao.

The court complaint states that the toddler appeared to be hungry and malnourished. Police observed bruising on his cheek, multiple abrasions to his back, feet and head, as well as a boil on his buttocks.

The boy’s mother, Geraldine Aguon Manalo, told police that she left her son outside the residence because of the boil and because she wanted to prevent contamination. However, Manalo’s boyfriend, Raymond Cruz, allegedly told police that she kept him outside for four days.

Cruz, according to police, also said that Manalo slapped the little boy in the mouth a couple of days earlier.