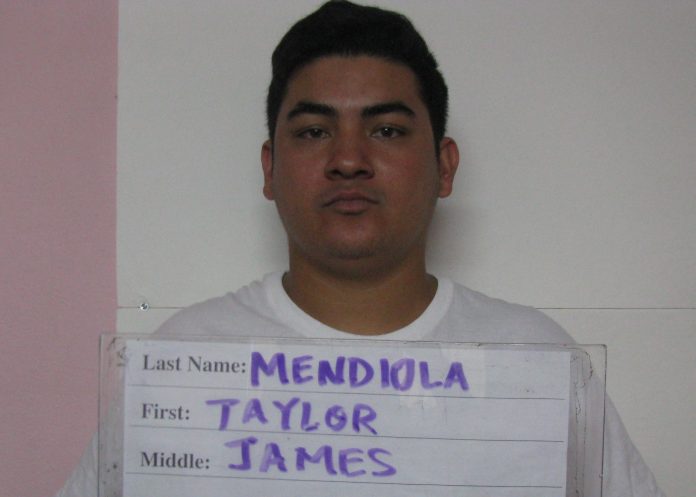 Guam – A 21-year-old man is behind bars, accused of fondling a 43-year-old woman.

Taylor James Mendiola was charged with third degree and fourth degree criminal sexual conduct. According to a magistrate complaint, Mendiola and the victim were attending a Christmas party last year at a mutual friends house.

The victim told police that she fell asleep on the sofa, then woke up around 4 in the morning because she felt someone fondling her private parts.

The victim said Mendiola then began to remove his underwear but when the victim told him no, he walked away. According to police, Mendiola later tried to apologize to the victim through text message and through the telephone.

He later turned himself into police but he did not agree to waive his Miranda rights.