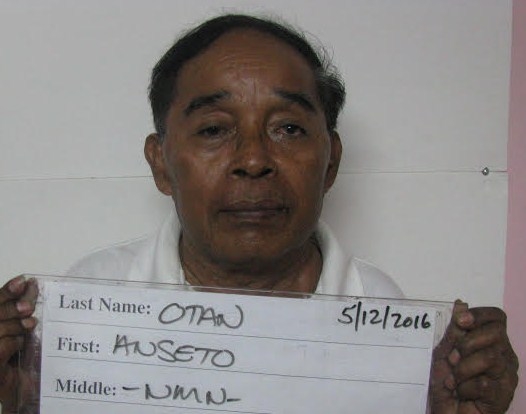 The man allegedly threatened to “kill someone” if police were called on him.

Guam – A 58-year-old man is behind bars on charges that he sexually abused two minors since they were in elementary school.

The girls also said that Otan threatened them not to tell anyone about the sexual abuse.

One of the victims, according to a magistrate report, finally reported the abuse to a church minister earlier in the week because she could no longer handle the sexual abuse.

The mother of the girls eventually found out but when she tried to retrieve her daughters from Otan’s home, he locked up the home and threatened to commit murder if police were called.

Police later arrived but discovered that Otan had fled the area. Police arrested Otan on May 12 and charged him with several counts of first and second degree criminal sexual conduct, terrorizing and indecent exposure to a minor.