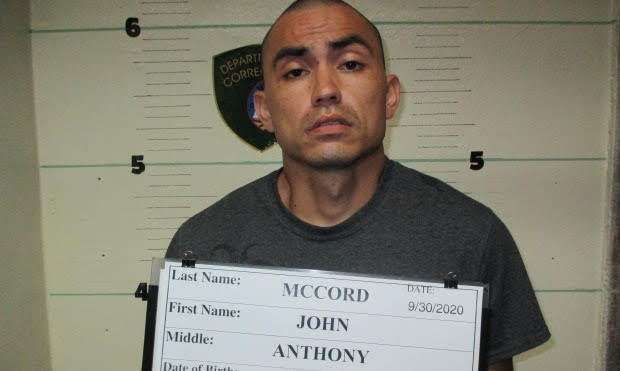 The driver accused of opening fire on an unsuspecting motorist driving on Governor Carlos Camacho Road on Tuesday lost his cool in court and maintained his innocence.

John Anthony McCord yelled expletives towards the government, accusing it of setting him up.

Despite Superior Court Judge Jonathan Quan advising McCord of his right to remain silent, McCord continued to explain his side to the court, saying that he just parked the car went into his friend’s house and they went strolling around.

He repeatedly stated he had no gun. “I didn’t shoot nobody, I’m having a kid,” he said, adding that his past criminal history may be the reason he is being accused.

Following McCord’s repeated assertions that he does not have a gun, his attorney, Joselin Rhoden, reviewed the case and questioned the gun charge, stating that nothing in the reports mention McCord being found with a gun.

The government says that the evidence is forthcoming and left it to the court to determine probable cause.

With only the declaration, Judge Quan, dismissed the gun charge without prejudice, stating McCord was still charged with “somehow using a firearm as a deadly weapon”…and criminal mischief to a motor vehicle among other charges.

McCord, who is on active parole, has been implicated before in a crime involving a firearm. His criminal record indicates he was arrested in 2014 for armed robbery. At the time, police indicated that he was armed with a .44 Magnum revolver. His history of violence also includes assault on a peace officer, drug possession, and theft.

Bail was set at $10,000 cash bail for release. His next hearing is set for October 9th.