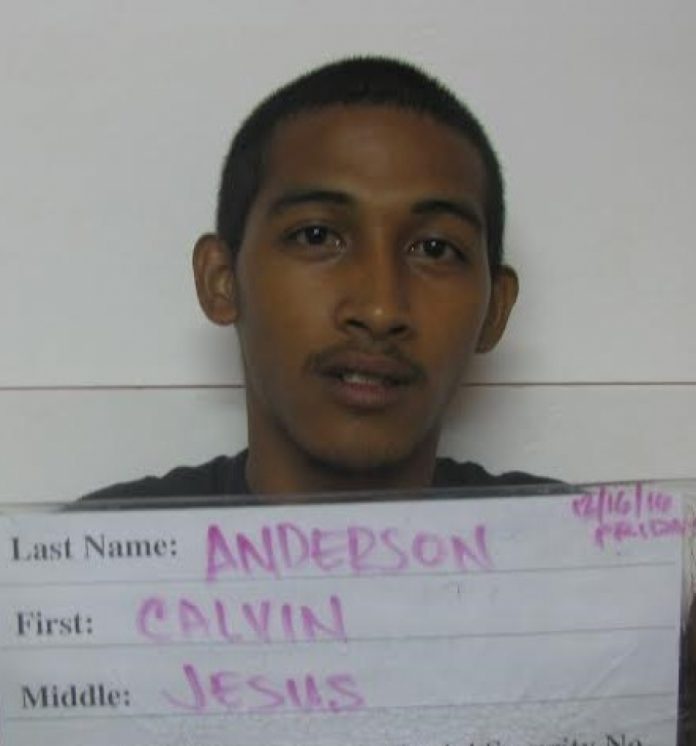 Calvin Anderson, accused of shooting a teen in Agat last month, won’t be facing any more charges, at least for now.

Guam – A grand jury refused to indict 23-year-old Calvin Anderson on charges of attempted murder, assault, and aggravated assault, returning a no true bill against the defendant on all of the charges.

On the night of Dec. 14, police responded to an apartment building in Agat to find a 19-year-old man lying on the ground with a gunshot wound to his left hip. Numerous witnesses reported seeing a man on a red mountain bike, firing several shots near the Agat Village Mart. The witnesses identified the shooter as Calvin Anderson. The victim, Sammy Ketti, was rushed to the Guam Memorial Hospital where he was initially listed in stable but guarded condition.

After receiving the Grand Jury’s report of no true bill about a week after the incident, Anderson, through his counsel, presented a motion for dismissal. And earlier this month, Superior Court Judge Elyze Iriarte granted the motion, and dismissed Anderson’s case. However, she dismissed the case without prejudice, which means charges related to this case may be brought against Anderson in the future.