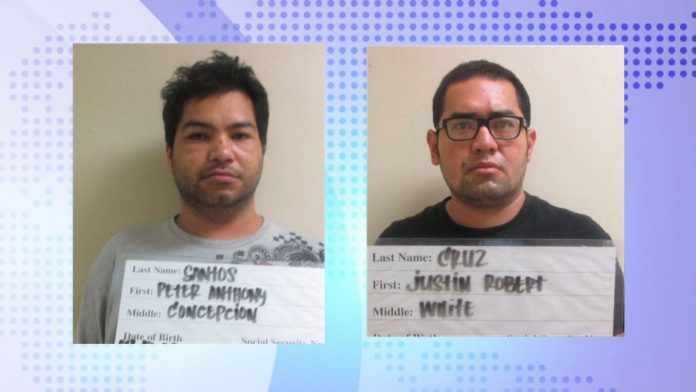 Justin Cruz is accused of passing a note to Peter Santos, asking him to take responsibility for the nine pounds of ice worth $2.3 million.

Guam – A superseding indictment has been filed in a major drug case that involves over $2 million worth of methamphetamine or the drug ice.

Justin Robert White Cruz and Peter Anthony Concepcion Santos were indicted back in July with both facing drug conspiracy and possession charges.

But a superseding indictment filed yesterday now also charges Cruz with bribery allegations after investigators say he wrote a note to Santos asking him to take responsibility for the nine pounds of ice seized from Cruz’s residence in July. In exchange, the indictment states, Cruz promised to take care of Santos’ son for the rest of his life.

Cruz was busted back in July during a sting operation in which authorities followed Cruz and a woman from the post office to his residence where they discovered the nine pounds of ice.

Court papers say the ice has a street value of about $2.3 million and another $200,000 was reportedly seized from the property.

Santos, meanwhile, was found with $2,000 in cash and some drug paraphernalia at the residence a day after Cruz was arrested.

You can read the superseding indictment by clicking on the file below.