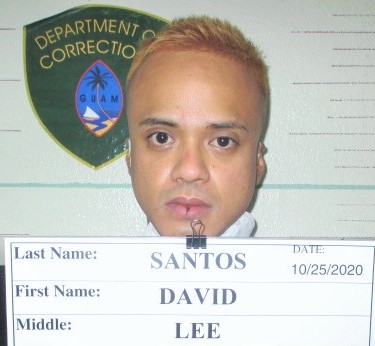 A man previously accused of identity theft is behind bars again after police found numerous bank cards belonging to different people in his bag.

It all began with a traffic stop for an obstructed license plate.

The driver of the vehicle was identified as David Lee Santos, a man who was arrested in the past for identity theft.

When police encountered Santos, he told authorities that he stopped smoking meth and invited them to search the vehicle.

Police also searched a messenger bag noting that as Santos opened the bag several documents fell out. Among the items in the bag were bank cards belonging to various individuals, loose checks, and “a large amount of U.S. currency.

Police report that they have not been able to locate all the people identified on the bank cards but were able to contact one victim whose name was identified on two bank cards. The victim told police that he had no knowledge of the cards and believed Santos was using his name to acquire bank accounts.

The victim “told police that he had received several emails from banks about suspicious activities on his accounts.” The victim said he never applied for those accounts.

The victim apparently knows the defendant, indicating that he took Santos to the bank three weeks ago, where he denied Santos’ request to deposit checks into the victim’s account.

After the bank, the two reportedly went to Tumon where the victim got drunk and fell asleep. He awoke to Santos showing him that he withdrew $200 from the victim’s account. This led to an argument.

Santos was interviewed by police who reported the following admissions:

Santos was on pretrial release at the time of his arrest. Court records indicate that he was charged earlier this year for theft of property and theft by deception. It was further noted that he was on house arrest since May.

Santos was booked and confined on two counts of identity theft as a 3rd-degree felony and one count of theft as a misdemeanor.