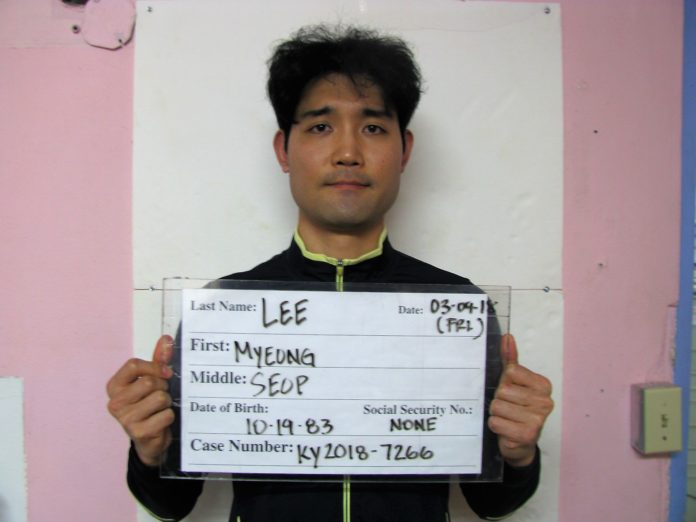 Guam – Police have arrested a man who is accused of molesting tourists while they were swimming at the Fisheye Marine Park in Piti.

According to police, six women reported that a man wearing yellow shorts touched them inappropriately. Only two of the women who reported the alleged pervert to the Fisheye manager stayed behind to be interviewed by police.

One of the victims was a 57-year-old woman who says the man, now identified as Myeong Seop Lee, squeezed her buttocks. The second victim, a 34 year old woman, reported that Lee put his hands between her legs and touched her genital area.

Police say Lee denied touching the women and said he was at the park with his family.

Lee was charged with 2 counts fourth degree criminal sexual conduct as a misdemeanor.