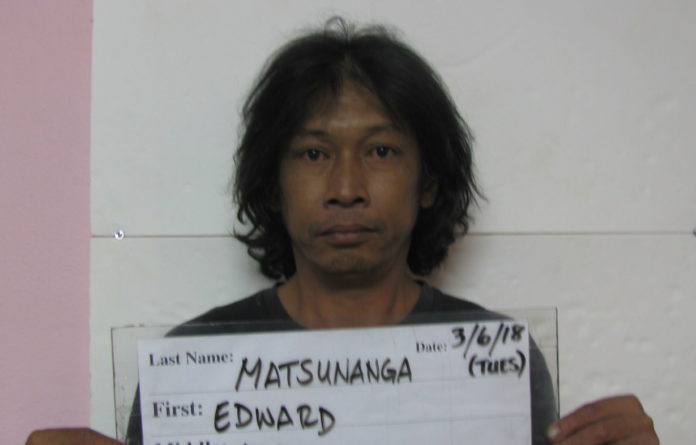 Guam – A man is facing serious sex abuse charges after he was accused of using a stick to sexually assault a 4-year-old girl.

He’s alleged to have penetrated the victim’s genital area with a stick, causing bruising and bleeding. The little girl was at a relative’s house at the time when Matsunanga allegedly assaulted her.

When police interviewed the defendant, he claimed it was setup and the family wanted to get him in trouble.

According to a magistrate report, Figir fondled an 8-year-old girl while she was asleep. When the victim reported the sexual abuse to Rogon, who is a relative, she allegedly told the girl to “keep it a secret.”

When interviewed by police, both Figir and Rogon claimed that Figir was drunk when the incident happened. Figir also told police that he does not remember ever touching the victim.

The alleged crime was reported about 6 months ago. The magistrate report does not explain the delay in arresting both defendants.