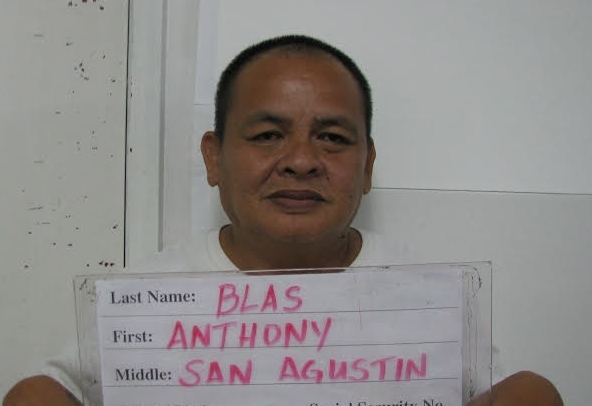 Anthony San Agustin Blas, however, denies the minor’s claims and says her mother coached the girl in to making the accusations because she didn’t like Blas.

Guam – A 46-year-old man is behind bars after a 10-year-old girl reported to her mother that the man had been sexually molesting her since she was 7 years old.

The suspect, Anthony San Agustin Blas, however, vehemently denied the girl’s claims and told police that the minor was coached “because her mother does not like Blas.”

According to magistrate complaint, the minor told police that Blas had been touching her private parts since she was 7 year old.

Then sometime after she turned 10 years old, police say Blas had digitally penetrated her.

Police say the victim first told her minor cousin about the incidents but did not tell an adult until recently.