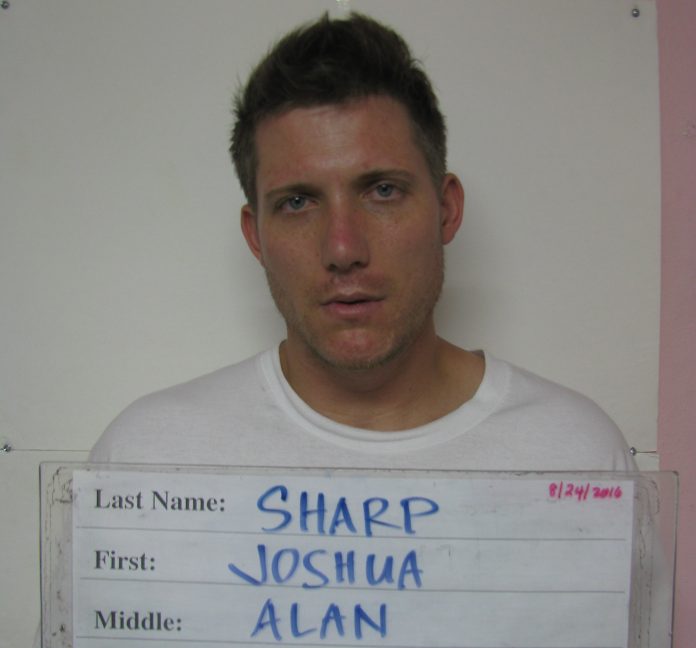 Joshua Alan Sharp was initially being charged for criminal trespass because he was caught trespassing in a hotel room.

Guam – A man who was busted for trespassing at a hotel room is now also being accused of attempting to smuggle ice into prison.

A magistrate report state that 36-year-old Joshua Alan Sharp had invited a woman and a minor to his hotel room at the Wyndham Garden Hotel earlier in the week. Police say he then left and returned several hours later through the sliding door.

Hotel employees were suspicious and eventually discovered that Sharp had never rented the room at all. As Sharp was being processed at the Department of Corrections, police say corrections officers found a small bag of white crystal substance that later tested positive for amphetamines.

Police say Sharp denied owning the drugs and claimed it was planted in his shoe by a corrections officer. Sharp was charged with promoting a major prison contraband, possession of a schedule 2 controlled substance and criminal trespass.