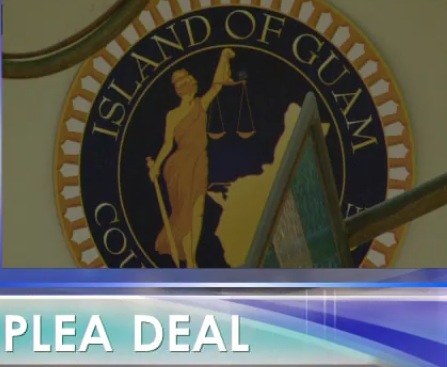 A man who conspired to smuggle methamphetamine into the island has agreed to a deal with the government.

Darrell Jake Guerrero has admitted to possessing 50 or more grams of methamphetamine with intent to distribute as part of a plea agreement with the federal government. Present with his attorney Jay Arriola, Guerrero entered a plea of guilty, accepting responsibility for the crime.

According to court documents, Guerrero was discovered asleep in a hotel room at Leo Palace on January 7, 2020. Attempts to wake Guerrero by hotel management were unsuccessful and GPD was contacted.

Police noted Guerrero had a fanny pack unzipped and open, further noting in plain view multiple Ziploc bags and a vacuum-sealed plastic bag containing a large amount of methamphetamine. Police seized 330 net grams of ice, drug paraphernalia, and over $4,000 in cash. According to the federal government, Guerrero used the hotel room to store and sell methamphetamine.

Guerrero faces 10 years to life imprisonment, a $10 million fine, and at least 5 years of supervised release following completion of his sentence.