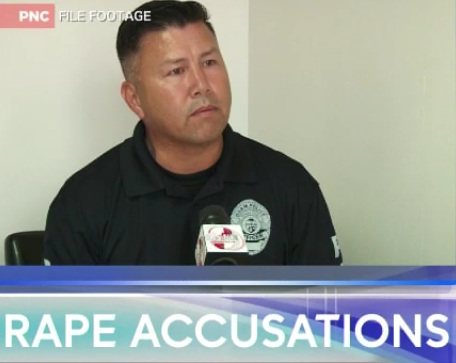 The man accusing retired GPD spokesman and former senatorial candidate Albert John “AJ” Balajadia of rape has taken his fight to the District Court of Guam, demanding a jury trial and requesting $425,000 in damages.

Florencio Rupley Jr. already has a lawsuit filed against Balajadia in the Superior Court of Guam. That case has a pending motion for dismissal which challenges the validity, interpretation, and constitutionality of Guam law involving a retroactive revival of a child sexual abuse statute of limitations.

Last Friday, Rupley filed a civil lawsuit in federal court, arguing that Balajadia “was in a position of authority with a special duty to a child not to sexually assault that child.”

Rupley says that the sexual assault occurred in 1985, when he was 11 years old, and Balajadia was a newly hired police officer with GPD.

The complaint states that Rupley was embarrassed and ashamed and didn’t know how to handle the rape so he kept it to himself for 34 years. It wasn’t until 2016, when Rupley learned Balajadia was seeking a senatorial seat, that he spoke up and notified the Republican Party of Guam about his claims.

Rupley says he suffers from emotional and psychological trauma which affects his quality of life and still suffers great pain of mind and body.